The Kingdom of Lost Socks


I'm convinced that there is somewhere a Kingdom of Lost Socks, a place where little sock monkeys go out in the night, sneak into people's homes, and somehow remove socks from the dryers as they are being dried.
I don't know why they need the socks.  Perhaps it is very cold where they live.  And I also don't know why they only take one sock, but maybe because they don't want to be greedy.  Or maybe they are just mischievous enough that they want to cause consternation.

Whatever.  I have been hit hard by the sock monkeys lately. 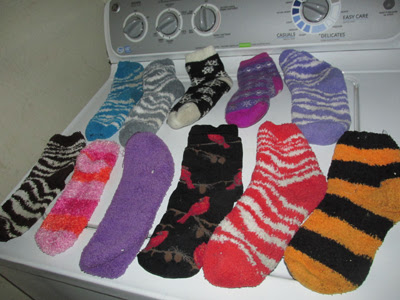 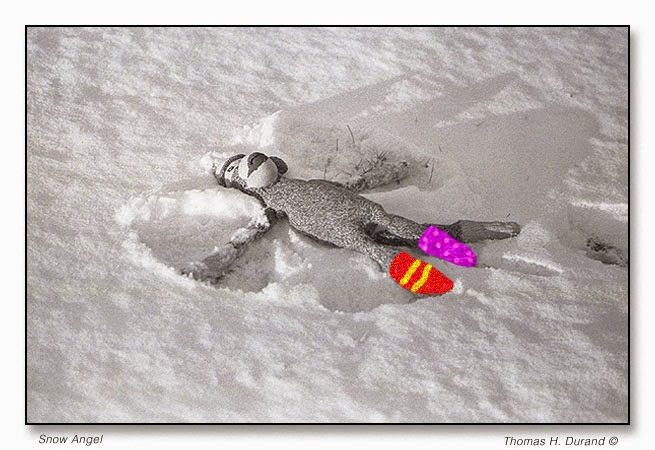 It was a lovely day, yesterday. Jeri got up in the morning and looked out the back door and said "you mean I can just open the door and walk outside."  She didn't need parka or gloves or hat or boots.  Just walked outside and enjoyed the sun, that strange phenomenon in the sky which has not visited Boston in awhile.
She spent the morning with my mother, so I had the "day off."  I know my mother was disappointed that I didn't join them, but I had a lunch date with my friend Kathy, our monthly visit.  We tried a new Davis restaurant this time and I ordered a Thai chicken salad, which was ok as a salad, but there was nothing Thai about it.  No cilantro, no Thai seasonings, no peanuts on top (which was promised in the menu).  I was disappointed.

At night, we went to San Francisco to join Charlotte for dinner and the SF symphony.  It was a program of Handel (Water Music) and Haydn (Trumpet Concerto in E-flat Major and Symphony No. 98 in B-flat major). 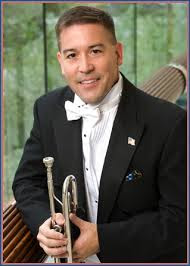 Mark Inouye, principal trumpet for the symphony played the Trumpet Concerto and it was perfect that Jeri was there because Mark is an old friend of hers.  Actually, his brother Steve was her friend and they were in bands together in high school.

We told Char about the "Rebel Band" they formed out of frustration with their band teacher.  They would march at local events, dressed in camouflage uniforms.  Walt remembered that Mark's brother played the xylophone which they somehow rigged on a wheeled platform that someone could push for him.  Kind of like Woody Allen playing the cello in Take the Money and Run.

Mark was a talented kid from the get go.  I remember when Wynton Marsalis came to town and Mark had the opportunity to play with him.  He went off to college to study engineering before admitting that his real love was music, so he attended Julliard and graduated from there.

He's been principal trumpet in several orchestras and has traveled all over the world performing.  He's in his late 40s now but I still think of him as the kid I knew when he was growing up.

What I remember most about Mark was the "party" he and his brothers held for their dying mother.  She was in the last days of her cancer, her husband having died of a heart attack a couple of years before.  The kids rented the city's mobile stage and set it up in their back yard and invited all of their mother's friends to come for food and music -- all three of the boys played instruments and they played all afternoon. We all got a chance to say goodbye to their mother and I told her how proud she should be of her sons.

It was the way a funeral should be...while the about-to-be-deceased can enjoy it.
Posted by Bev Sykes at 7:53 AM

I love your friend's mother's pre-funeral event. What a great idea!

Need some socks? I knit those, too. Don't have any extras right now, though.