Me and Mr. Lowe

I've been on a Rob Lowe kick lately.  Before The West Wing came along, the only thing I knew of Lowe was that he was the member of the Bratpack who got caught taking video of his sexual liaisons.  When he showed up on The West Wing I was won over by his portrayal of Sam Seabourn, President Bartlett's Deputy Communications Director for the show's first four seasons.

I didn't think much about him, pro or con, but liked his character and felt that he had overcome his youthful indiscretions and could be taken as a serious actor.

He popped up here and there in things that I would watch.  I watched Brothers and Sisters, where he played a politician partner of one of the daughters, until I got tired of its formulaic plot lines -- one week they were a happy loving family, sitting down to dinner at the big family dining room, the next week some sibling got into a fight with another sibling and there would be angry words and tension and the next week they made up again, ad nauseam.  I liked all the actors but I grew to really get fed up with the show.  But again, Lowe comported himself well.

I don't "do" actors or actresses.  After my decades-long Judy Garland obsession, I haven't ever gotten into following any particular performer, but I enjoy reading show biz bios and, after I chose Kristin Chenowith's autobiography as an audio book and discovered how absolutely delightful it was to hear her read her own story (adding bits of song here and there, which you definitely can't get in a book-book), I prefer to listen to autobiographies read by the author, rather than reading the book.  (I recommend Jane Lynch's book too.)
I had Lowe's "Stories I Only Tell My Friends" on my Audible wish list for over a year.  Whenever I was choosing a book for my monthly selection, I always passed that up and picked something else, but finally I decided to try it.

I discovered that Lowe is intelligent, articulate, an excellent writer, a great story teller, and that he had a wonderful story to tell.  He omits nothing (well...it didn't seem like he omitted anything), including his many, many youthful indiscretions, his finding his sober self through AA (which he still attends regularly), his marriage, his family, his commitment to both. He tells all in a wonderfully engaging way and I thoroughly enjoyed hearing his story.

I enjoyed it so much that I got his second book "Love Life" and started listening to it recently.  I think the title refers more to his loving his life than any tawdry retelling of sexual liaisons throughout his life.  The story of his oldest son going off to college was poignant and beautiful.

He goes into behind the scenes stories of the work he has done professionally in this latter part of his life (I tried watching some of his early films like The Outsiders but they were entirely too "young" to interest me...at my age I'm no longer into the bad boy genre...if I ever was anyway).

But I've started watching a couple of the films that he discusses.  I first began watching The Stand, remembering how taken he was with the film and how much work he put into creating the role of the deaf-mute Nick Andros. I was surprised to discover all sorts of flaws in his performance.  For one thing how does a deaf mute becomes so eloquent? Secondly, he can read lips, but Nick reads lips from the SIDE, sitting next to a person who is mumbling and reads lips so well he is able to write a long, articulate response to whatever the character is saying (of course this is more the fault of author Stephen King and the director of the movie).  Finally, on more than one occasion, Nick is behind someone who is speaking to a group and who calls Nick to come forward, Nick turns his head and comes into the group.  huh?  deaf is he?  So The Stand was not a hit for me.

I liked his performance as JFK in Killing Kennedy, the movie based on Bill O'Reilly's book, despite the fact that it was an abominable movie.  Thank God JFK dies not that long after the movie starts and I could turn the damn thing off.

And I just started watching Parks and Recreation, which I had not watched before, to see him there because he's apparently quite good.  I've watched 2 episodes so far (I checked the episode list to see when he joined the cast) and like it very much.

The point of all this being that one of the problems of my mother living at Atria is that I used to have about 4 hours or more a week in-car time, and I now get very little time to listen to audio books and so I relish having the opportunity to go for a long drive in the car so I can listen to whatever is my current audio book.

Today I had lunch again with my friend Kathy.  Though we have been lunching in Davis ever since she retired (she says that I'd been driving to Sacramento for lunch with her for more than 15 years and it was time she started doing the driving), we decided to return to our old haunt, the Olive Garden, for lunch this month, so I had an hour of driving time to listen to "Love Life."

I have only four hours left of Rob Lowe's life and now I want to take a long drive...anywhere...so I can finish it and move on to something else, but I have certainly enjoyed this look at an actor about whom I knew very little, and whom I have come to admire greatly for his talent, for what he has overcome in his life, and for his professionalism in his career today.  I also love what a great, devoted Dad he is. 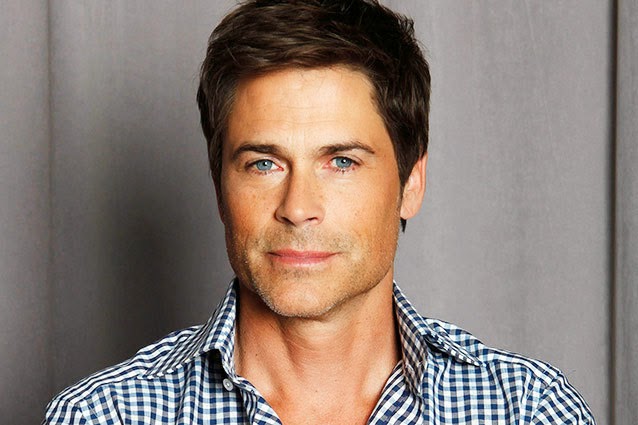 Oh.  I said I would explain my closing paragraph in the review for A Flea in her Ear.  It's my salute to both Judy Garland and Liza Minnelli.  "When all the world is a hopeless jumble and the raindrops tumble all around" is from the opening verse of "Over the Rainbow" and, of course, "leave your troubles outside and come..." is what the MC says at the start of Cabaret.  See...definitely subtle!  (And I hope "devastatingly clever")
Posted by Bev Sykes at 12:13 AM

I loved Lowe's and Chenowith's audiobooks, too. I read Martin Short's autobiography as an ebook and wish I'd listened to it instead. I'd recommend it. It's as honest as the other two are. Not like Amy Poehler's, which left me knowing next to nothing about who she really is (and caring less.)

I also enjoyed both of Lowe's books. We are about the same age so I was invested in the bad boyness.