But It Won't Fit on the Fridge

Like most homes where children live, there was a time when the refrigerator door was the place to display special artwork (now it is covered with magnets).

Finger paintings, drawings, macaroni art...they all were displayed on the refrigerator door until it was too full and then the oldest was taken down, saved, and a new one put up.  With five children there was a real rotating display for many years.

(Several years ago, at Christmas, I pulled out those forgotten but treasured pieces of art, packaged them up for each of the kids, and gave the pictures to them for Christmas, figuring that I couldn't bear to throw them away, so I would leave it to them to do.  We had a wonderful time that evening, going through all the old projects.  I think they may each have kept a few things but most got thrown away, eventually).

When Jeri was working on her Masters Degree in theater design at UC Davis, she designed a set once and when the show was over, she brought home the large painted backdrop.  She gave it to me, a large rolled up canvas, and joked that it probably wouldn't fit on the refrigerator door (I don't know where it is now). 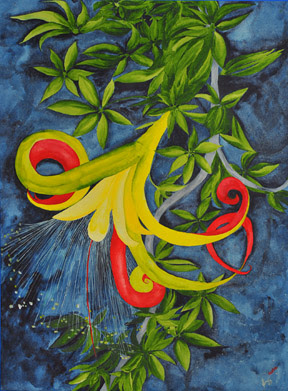 That's what I thought of when we read about the 2nd Friday Art About with Sonia Hossom at the Putah Creek Winery this evening.
Sonia is our Brasilian daughter.  I have told her story before, how we took her in when she was having problems with her traveling companion, how she met Charlie while living here, moved in with him, and then moved back to Brasil, which essentially ended the relationship.

Several years later she was coming to the U.S. on business and contacted me to see about visiting us.  We were going to be gone the day she arrived, and I called Charlie, saying, "I don't know if you want to know this, but Sonia is flying in and we can't meet her plane."  There was a long pause and then he asked me for the flight information.

Several months later, I was the matron of honor at their wedding and now they have two beautiful children, one who has graduated from college, and one who is in college.  They live in wine country because Charlie is a vintner.

In addition to everything else she does, Sonia is an artist.  We have a beautiful ceramic vase she made and I have seen many of her paintings, which are lovely.  Tonight they were going to be put on display at this local winery, which described the upcoming evening thusly:

Wines by the glass and wine flights available. Artist Sonia Hossom and musician Ryan McBride will be on the back patio until 8PM (heaters included!). Sonia's work is watercolor and whimsy! Ever wonder what the grape vines do after harvest when no one is looking? Curious about the frog's eye view or whether Mr. Oak and Ms. Wisteria are a match? Come find out! Her work will be on display February 12th through March 11th.

One of our kids was going to be celebrated for her work.  Naturally, we had to go!
It was held at the winery tasting room and when you entered the tasting room, Sonia's watercolors were hanging on the wall.

You went out the back door onto a patio where there was a lovely reception, with wine tasting, a display of more of Sonia's paintings, and the guy who was supposed to be providing background music, who never heard the word "soft" in his life. He was selling his first CD at the event.  Trying to speak over the volume of his music, I told Walt I wasn't interested in buying it! 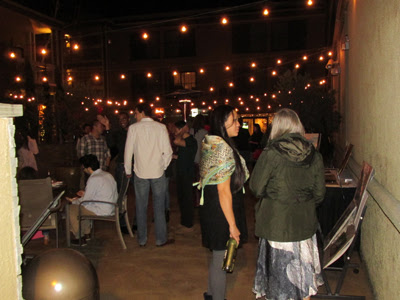 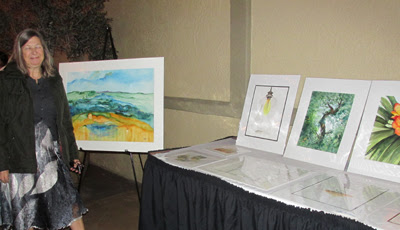 Sonia's husband Charlie was there, and her daughter Denise, who met a friend she had known since kindergarten, who had come in from Sacramento for the event. 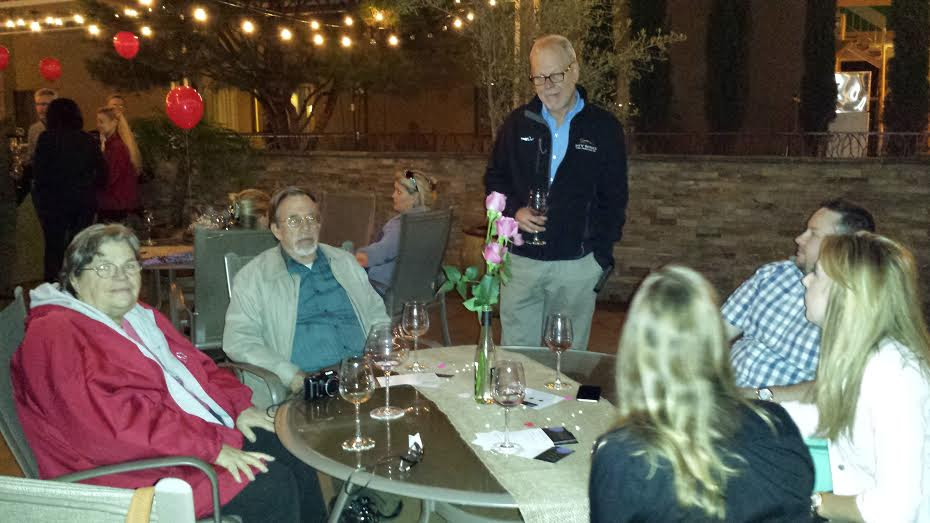 We had such a good time visiting, getting to see Sonia's work, hearing how she happened to start watercolors (and why they are so expensive!).  Her paintings are way out of our price range, but I really enjoyed looking at them.  It's probably just as well...they wouldn't fit on the refrigerator door anyway. 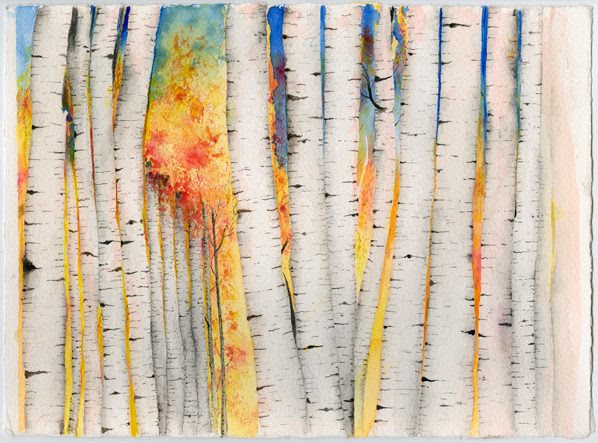 And as we always do when we leave each other, we promised to get together again soon.  But we probably won't! 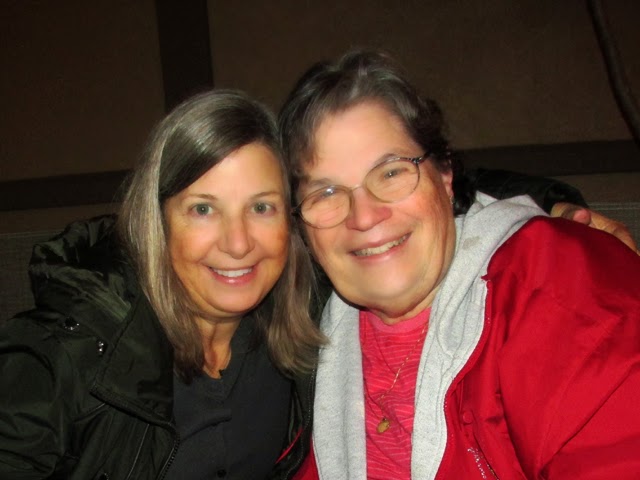 Email ThisBlogThis!Share to TwitterShare to FacebookShare to Pinterest
Labels: Sonia