We were promised rum punch.

When Ned's godmother called the other day, she invited us to come to the house for lunch and to meet their neighbors.  She also promised that Dick would make his famous rum punch.

Dick's mother was originally from Trinidad and in our UC Berkeley years, he gained some fame by mixing his grandmother's rum punch (using Trinidad rum, not that Baccardi stuff) for all of our parties.  He still makes it on special occasions, and I felt very special indeed when the tattered recipe book came out and he prepared to make it yet again.  It was like looking at a page from an ancient text from Hogwarts. 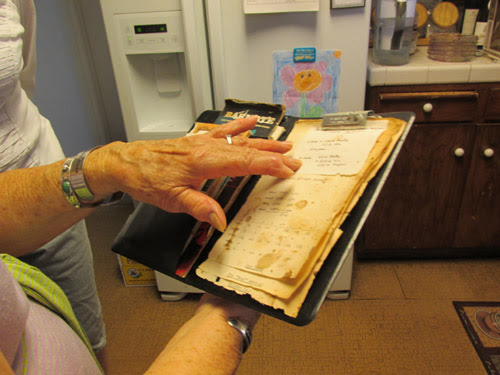 Dick got out his bottle and vials of mysterious liquids and soon had a batch of the golden elixer ready for us. 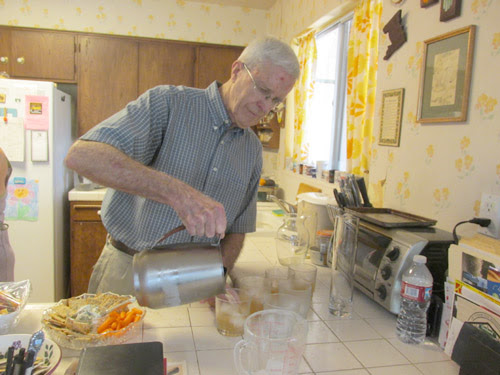 It didn't make us want to run out and play a game of quidditch, but it was lovely to sit on the patio, with the coolish-warmish breeze blowing across our faces, and having a nice chat over goat cheese and crackers. (I am determined to learn to like goat cheese.)

Gerry is a wonderful cook and the lasagna was delicious, the lemon meringue pie even more so.  The neighbors were very pleasant and after they excused themselves to go home to tend to their garden, we sat around and talked for another hour or so.

But then it was time to return to Alice Nan's to go with Brianna to her karate class.  She had spent the morning at "Zoo camp" and was now ready for the afternoon activity.  When we arrived here, Ned and Marta had already arrived and all of us went to the center where the karate class was to be held. 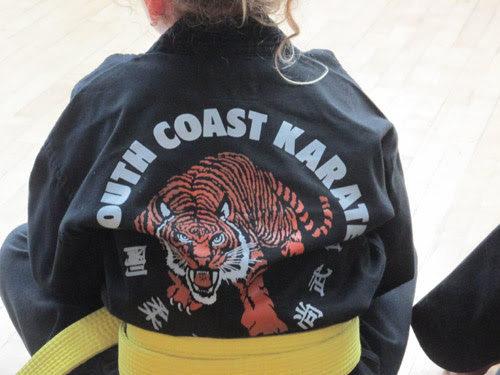 Bri graduated recently from white belt to yellow belt.  And let me tell you, if you're ever depressed and feel like life isn't worth living, drop in on a class of 5-8 year olds learning karate and you can't help but smile.  They are so darn cute.

Bri, who has been posing for cameras her whole life saw me with mine and immediately struck a pose. 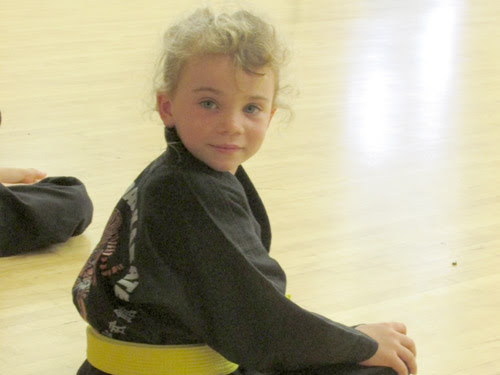 But her attention thru the whole class was on Uncle Ned, hiding off behind a post trying to catch her unaware. 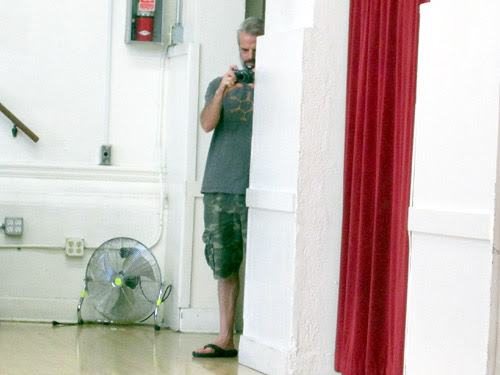 She found him every time, though, sitting up straighter and grinning at him. 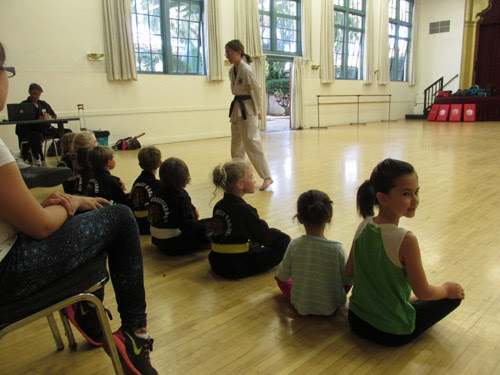 Watching the kids go through their moves was so cute.  The teacher is teaching them how to defend themselves and I decided that if any one of them were to be attacked, they could get away easily enough because the attacker would be laughing so hard at their fierce and determined moves! 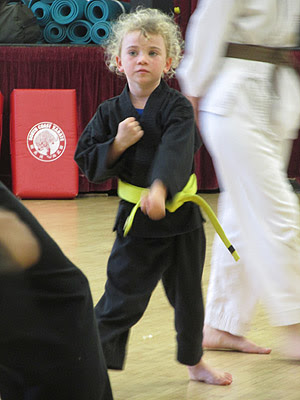 Before the class was over, Norm and Olivia had arrived, and not too long after we arrived back and Joe and Alice Nan's house, Jeri and Phil got here, so we were all together again for dinner and then everyone went off to their respective places of repose for the night (Ned, Marta, Jeri and Phil to Tom's house, the rest of us here).  I conked out on the couch while everyone was chatting and didn't wake up until 3 a.m.
Posted by Bev Sykes at 4:54 AM