Yesterday was a somewhat busy day, complicated by both computer problems and a transformer outage in the neighborhood,  which kept turning the power on and off, the wi fi on and off, and the TV on and off.  I didn't want to risk keeping the computer plugged in so I just decided not to post an entry for yesterday.  The computer had other problems -- I tried rebooting, which I had not done in literally years, and discovered I could not remember my password.  That was a half hour panic until I finally remembered it, but then Front Page, the program I create these pages in, seems to have disappeared.  I was going to worry about that after everyone went to bed, when I could fall to pieces alone and unobserved, but then the electricity in the whole house started being wonky, so I just decided to skip an entry and write one today.  (I still have to find Front Page on my laptop)

Alice Nan went off to Tom's at 3:45 a.m. to get him and the family to the Santa Barbara Airport for the first leg of their trip to Hawaii.  They were the first to leave this family weekend.  When they posted this photo to Facebook, we knew they had arrived safely. 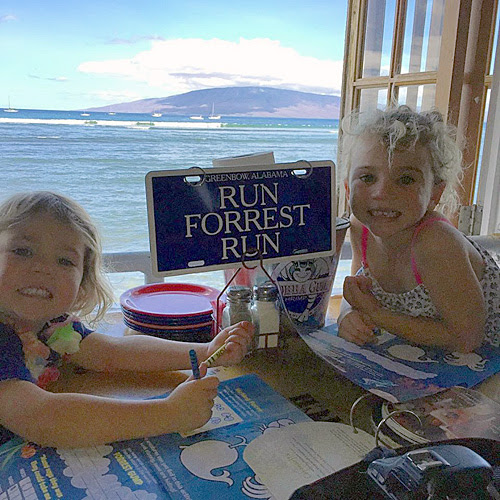 Everyone still left in town came to Alice Nan and Joe's for brunch. I had made an "egg run" to Albertsons when they opened, so we had lots of eggs.  We sat around and chatted for awhile before Joe and Norm took off for the golf course to have their usual game. 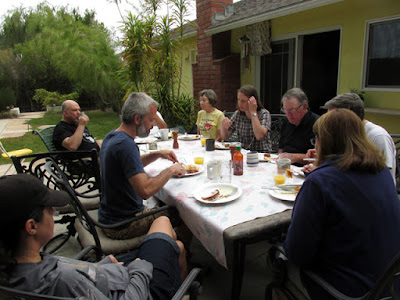 Jeri and Phil were the next to leave the nest and fly home to Boston.  After packing up some leftover picnic food, they left mid afternoon for their 10 p.m. flight out of LAX and by the time we all woke up in the morning we all had text messages saying they had arrived safely.

We didn't do much after the golfers came home until approaching dinner time.  We had a butt load of food...plus all the clams we had forgotten to bring to the BBQ.  Joe set up Tom's big cooker (he made fried turkey in it one year) and proceeded to steam the clams. 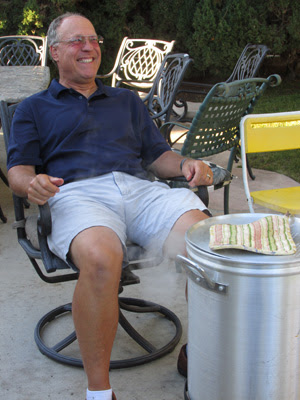 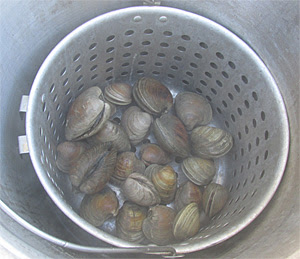 We said our goodbyes to Ned and Marta who were leaving this morning to return to Davis, and we all went to bed. I had a terrible night, possibly one of the weirdest I've spent.  I collapsed early, while everyone was still sitting around talking, and woke up for the first time around midnight.  For some reason I do not understand at all, I woke up thinking of Lisa Brodoff from The Righteous Mothers, and her wife, Lynn.  I've met each woman once and other than seeing their posts on Facebook, have had nothing to do with them.  Ever.  But after midnight, I woke up every single hour and every. time. I woke up thinking of Lisa and Lynn.  They never DID anything or said anything in the dreams, they would just be there in my mind when I woke up.

This morning it was business as usual, with Joe heading off to work and Walt and I leaving for Davis while Alice Nan, Norm and Olivia were going into town to meet someone for lunch.  It was good to be back home again, but those all-family-all-the-time days are fun too.

The dogs were very happy to see us again.
Posted by Bev Sykes at 1:07 AM