Much Meat was Consumed 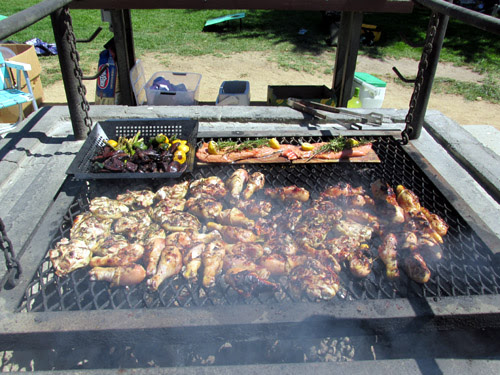 This is just the chicken and the salmon.  There were also several tri-tip roasts, a leg of lamb, and spare ribs.  The only reason there weren't any clams was because we'd forgotten and left them at home.
Yes, Tom's annual "happy birthday to me" barbeque has taken place and was another roaring success.  Tom collaborates in work and cost with Alice Nan's husband Joe and the end result is enjoyed by (depending on the year) anywhere from 30 to 60 people.  This was one of the "light" years, but still a lot of meat was consumed.

It is also a time for the girls to get their fill of "Uncle Ned," who, this year, worked with them on sand castles, there on Santa Barbara beach (this portion untainted by the recent oil spillage). 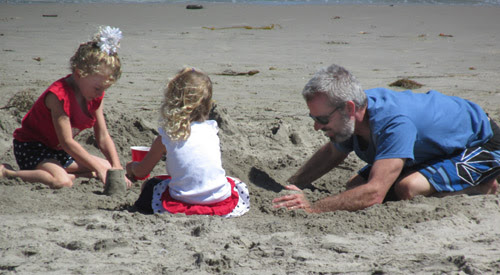 Later, Jeri and Bri spent an hour or more building what looked like a "castle subdivision" with one large castle (complete with American flag) in the center, surrounded by lots of smaller castles.  Kind of like sailing down the Rhine... 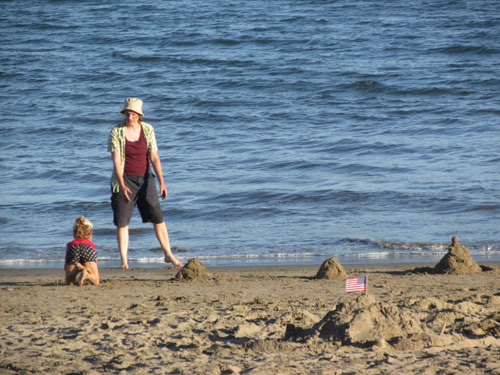 Jeri declared the experience to be "awesome."

There was cake, which I ordered with a Hawaii theme, since Tom et al. are leaving for Maui at 4 a.m. tomorrow (leaving Santa Barbara for the Los Angeles airport to catch at 6 a.m. flight) 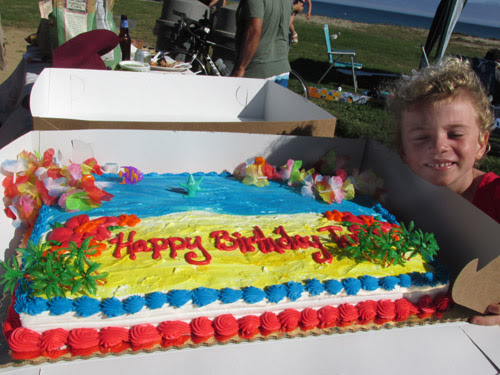 And, because it is us there had to be music. 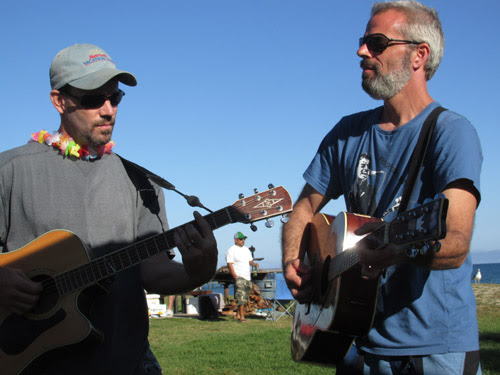 This little girl is Lily.  I'm not sure who she is, but she was the most excited of anybody about the music and danced to everything.  I wish I had been able to take a better picture of her. 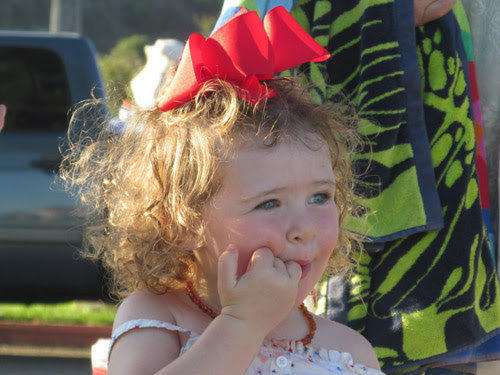 Stanley was there, giving Tom what he gives him  every year -- another 49er t-shirt.  (Last year he forgot and gave him a shirt of a different team) 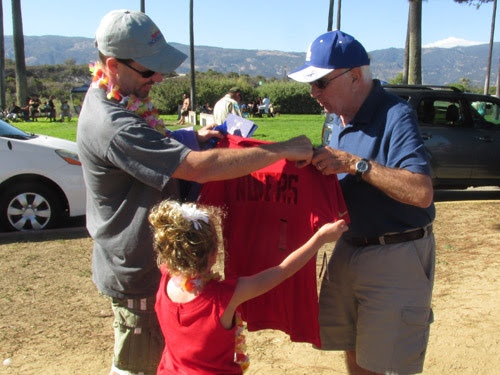 When everyone was getting ready to go home, Marta and Phil cut up the leftover cake and shared it with the family in the area next to where we were. 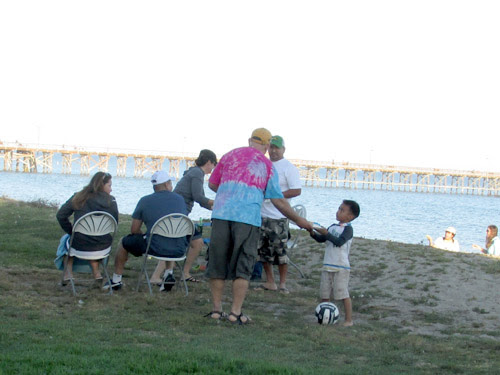 So it was a great success and I hope that Tom has a fabulous time in Hawaii after all this because he certainly has had quite a week...starting with our anniversary dinner last week, the BBQ last night, and today's big bash.  I'm quite proud of our now-youngest son!
Posted by Bev Sykes at 12:47 AM