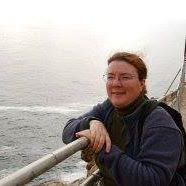 Usually when I use the name of a friend as the title of journal entry, it is because they have died.  But Kathy is very much alive.  She has been the oboist for the Lamplighters for the past several decades.  She is also, off and on, a reader of this journal, but definitely reads it if she thinks her name will be in it, as she reminded me yesterday.  The last time she made an appearance here was 2011.

We had gone to see The Lamplighters production of The Grand Duke, the final collaboration of Gilbert & Sullivan, and at intermission, I presented myself to the orchestra pit, as directed, so Kathy could see my head.  She has been following the shaving saga on Facebook and wanted to see it in person.  So here ya go, Kathy...you are once again immortalized on the pages of this journal.  In another four years, I might mention you again, so keep reading!

The first show we saw was Friday, here in Davis.  The Davis Musical Theater Company was presenting The Wizard of Oz and I knew that would be an easy show to review.  I always like it when DMTC does a production that is good and I can concentrate on the good stuff rather than having to point out flaws.  And this was a good production.  Their Dorothy was very good and had a wonderful voice, so naturally I loved her "Over the Rainbow."
But the performance that impressed me the most was our friend, and company founder, Steve Isaacson, who was playing the cowardly lion.  His performance was quite good, but the audience didn't know how amazing it really was.  Steve has suffered chronic pain for years and recently had a neural stimulator installed in his spine.  I talked about it at great length earlier this month.  He had told me at that time that it was not working the way he hoped it would and he had the choice of being in extreme pain with the stimulator turned off, or having a difficult time walking because of the buzzing sensation up and down his legs, so he planned to turn it off just before he went on stage and on again as soon as he came off stage.

From his performance, bundled up in that lion costume, you'd never know he was performing in pain, which made the fact that it was an excellent performance that much more remarkable.

It was an easy review to write.

The second show, Saturday night, was The Pirates of Penzance at the Sacramento Theater Company. 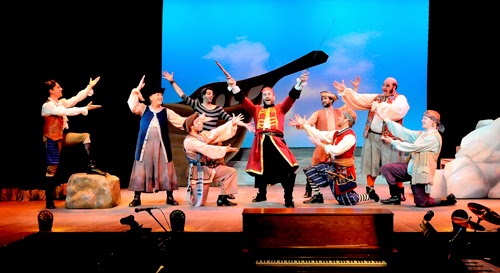 I had some concerns about this production because (a) this theater company doesn't do musicals as a general rule, and (b) the cast was very small and I worried about the absence of a women's chorus.  We have been around Gilbert & Sullivan for some 50 years now, since the days when we first heard of The Lamplighters and started ushering at the old Harding theater in San Francisco.  I would be hard pressed to count the number of times I have seen this show, both in this country and in England, where we attended the 2nd International Gilbert & Sullivan festival with The Lamplighters many years ago (and won the big awards).  But I have to admit that this particular production ranks up there with one of the best we have ever seen.  The staging and choreography were crisp and clean, the performances were wonderful, the extra bits that were thrown in for fun were great fun and we were just blown away by the whole thing.  It was another easy review to write.

And then there was The Grand Duke, which The Lamplighters had only done one time before, in a shortened concert version.  It is rarely performed and this was our opportunity to finally round out the whole G&S canon.  We have now seen all 13 operettas.  And it's easy to see why this one is so rarely performed.  It's not very good! Definitely not on a par with the previous 12 and easy to see that the dynamic duo had come to the end of their collaboration.  The story is sillier than most (though I do admit for now having a craving for a sausage roll) and much of the music is reminiscent of other operettas, one song in particular lifted right out of Princess Ida and given different lyrics.

But the production itself was good and I had the feeling that my friend Gilbert was there in the theater with me because, having had only 3 hours of sleep the night before, and the first act being so long, I kind of started to doze off three different times and all three times I felt a distinct poke, twice in my back, and once on my shoulder to wake me up.  Walt was dozing himself, and we were in the last row so there was no way any living person had done it.  I can only conclude it was Gilbert.  (that's my story and I'm sticking with it)

Fortunately I was not writing a review for this one.

At intermission, I had a text from Char inviting us to come to her daughter Dana's house after the show, if we were going to be getting out early.  Char's birthday is tomorrow and I figured this was a celebration and it was.  Low key, just sitting around munching food (the clam dip was gone by the time we got there), but it was nice, though two of her kids had left by the time we arrived.

The dogs were happy to see us when we got home at 9:30 or so.  They were also very hungry!

All in all, a good theater weekend.
Posted by Bev Sykes at 5:20 AM