This video is long, but you should watch it.  It's hilarious.  Kids, even some teenagers, giving their reactions to seeing a typewriter and trying to figure out how it works.  Boy, does it make me feel old!

I was born to type.  I could hardly wait to get to my junior year in high school because in my school you could not take typing until your junior year.  I can't remember if we had a typewriter at home or not before that time, but my mother was a typist and I just knew I was going to be good at it.

And I was.  I took to it like a duck to water.  My friend Ann and I sat at the desks in the front of the room, right in front of Sister Anne's desk.  (When we all had to change desks, Ann and I just changed desks with each other, so we stayed in front of Sister Anne nearly the whole year). We had old upright black typewriters with the letters on the keys blacked out 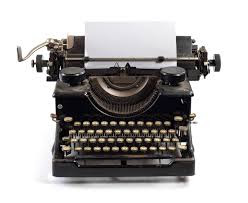 I don't know how long it took us to learn all the letters by touch before we started having speed tests, but when the speed tests began I was always among the fastest typists.  It took me a little while before I could touch type the numbers, but I was a whiz on the letters.

At the end of the school year, I typed almost as fast as the fastest typist in Typing II (72 wpm) and they didn't want to let me sign up for a second year of typing, figuring I didn't need it, but I wanted another year with Sister Anne and they relented.  Then Sister Anne was transferred to Phoenix over the summer and her replacement, Sister Anita took over the typing classes.  She and I clashed from Day 1 and within the week, I had transferred out of the class. 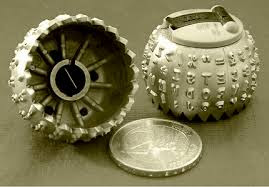 and it was actually better.  With the IBM Selectric, if you needed to type an equation, you used the regular ball for the letters in the equation and then used the symbol ball for the mathematical symbols.  This is part of one of the thousands of equations I typed (3 times) for the textbook, "Fundamentals of Statistical and Thermal Physics." 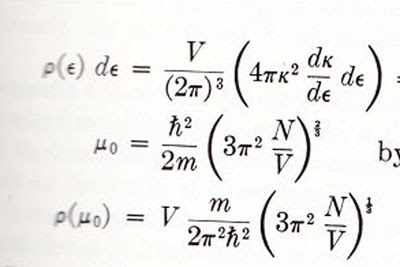 To type this equation on a Selectric typewriter, I would have had to change the balls at least 8 times. but with my machine I had a board on which there were individual keys.  I could remove the keys of the typewriter I was least likely to use, like the question mark or the the brackets or I don't remember what and install a µ, π, ħ,  large parentheses, or other symbol and pretty much type the whole equation without having to stop.  I can't imagine typing the solution book for this textbook (which was nothing but equations) using a Selectric.  Walt was always tickled to watch my fingers flying over the keyboard and whipping keys in and out without blinking.

But I moved on.  I haven't typed an equation in decades.  At my fastest I was tested at 135 wpm on an electric typewriter  Now I have a computer keyboard and with my aging fingers I can still type like the wind, but make so many typos that I spend more time correcting typos (mostly not putting spaces between letters because I don't hit the space bar hard enough) than I spend actually typing.

I don't think I could type on an upright typewriter with any speed any more at all.  But I still love typing and am so glad that I have the history with the printed word that I do.
Posted by Bev Sykes at 12:00 AM

Email ThisBlogThis!Share to TwitterShare to FacebookShare to Pinterest
Labels: typewriters

They still had a typewriter in our office for years (I think we still have it), so some teenagers learned to type still....