I took a nap this afternoon.

It was around 3:30 when I realized I was going to review a play by Federico Garcia Lorca, "the most important Spanish poet and dramatist of the twentieth century."  (Quite a hefty title since the man died in 1936...no more important poets and dramatists to come out of Spain in the last 60 years of the 20th century?)

This is the kind of play that makes me cringe under the weight of my inadequacies.  I'm always terribly intimidated by my colleague, Jeff, who has been reviewing plays since he was in knee pants and drives hither and yon to catch any interesting play he can.  Thus, he told me that he was happy this play was coming because "he rarely gets an opportunity to see Lorca these days."

I had never heard of Lorca.  However that has never stopped me from reviewing plays before. One has to see ones "first" whatever at some time, and OK, so I'm seeing my first Lorca at age 69, not as a young cub just out of college.

But to review a show like this I had to prepare and think and figure out all the little themes and hidden messages.  The Music Man it ain't.

So I have to go to a show like that with as much sleep under my belt as possible, and since Sheila had me up at 5 a.m., I knew that I needed to take a nap.

I turned on MSNBC, which I was pretty sure would put me to sleep (and I was right). I slept about an hour and a half, through the end of Al Sharpton and through just about all of Chris Matthews (I always feel it's much better to sleep through the histrionics of Matthews than to actually watch them).

I was so deeply asleep, however, that I was having a very vivid dream.  I dreamed that we had taken in a new foster puppy and that they told me the puppy had worms and had brought medicine for him.  But after whoever dropped him off left, I looked at my feet and realized that the floor in the kitchen and in the family room was covered in long, narrow, translucent, wiggling worms.  There was nowhere to step where you were not stepping on worms and even the dogs were recoiling (pun intended) in horror at the plague around them.  It was worse than the night Walt and I spent at our friend Mike's house in Hawaii when the carpet in the guest bedroom was covered in red ants.

I awoke from the dream, and glanced carefully at the floor before I got ready to stand up.  But it was 5 p.m. and The Ed Show, which I never watch had just started and I was mesmerized by the information that he was sharing.   Apparently as John Boehner and his cronies prepared to bring yet another bill on contraception to the house floor, a dozen congresswomen sent the Speaker a letter asking him to reconsider his plan. "Women have had enough," they said, adding "It's time for you to put an end to the attack on women's health care and to work with the Senate to get back to the American people's top priority: creating jobs and boosting our economy."

Ed Schulz was also talking about the action in the birth control arena across the country this year and said that in states across this country, 1,100 contraception and/or abortion bills have been discussed and voted on. 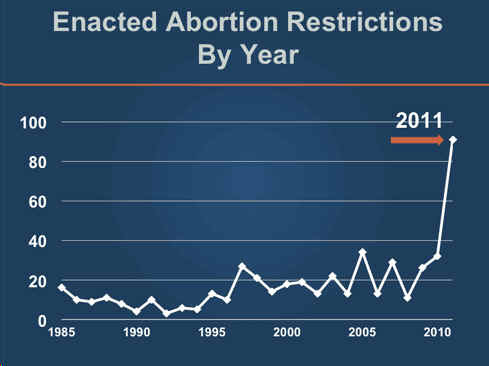 At a time when we are trying to deal with so many problems in this country, it seems that women's health care and reproductive rights have become the most important item discussed in any Republican controlled congress all across the country, the party of "smaller government."

As I listened to the statics roll out, I checked the floor again.   I wasn't so sure that big can of worms was all just a bad dream after all...
Posted by Bev Sykes at 12:21 AM

Arrggggg!
Aren't these the same people who say we should have less government interference?
less goverrnment, more guns?
I am totally baffled.