It's funny how you can sometimes go for years without seeing a friend and then when you meet again, time melts away and you pick up the thread of the conversation as if you just saw each other yesterday.

My friend Ruth and I have been having lunch together every 2 weeks for a couple of years now.  I won't explain who Ruth is because I don't want to repeat myself and bore Jim of Jim's Journal, who has probably already read it in a couple of places.  But if you want to know who Ruth is, follow the link above.

We meet at The Great Wall of China, a Chinese restaurant which has a reasonably priced Chinese buffet.  It's not a great buffet, but it's affordable and it's not the food, it's the company.

Ruth is an interesting, fun person with whom I usually discuss theater, movies and old Hollywood (and sometimes other things).  She is one of those rare people who is older than I am (by a year or two) and so, like all of us of a certain age, she is playing the organ recital game like we all are.  It's a tooth here, a lesion there, weakening body parts that need to be strengthened or replaced.

The last time we had lunch together was before Christmas.  I can't believe it's been so long, but we have been rescheduling for a long time.   However, today was finally the day.

I arrived at the restaurant exactly at our appointed time and the guy at the front desk indicated our usual booth and I walked over there, but I had just come in from the bright sunlight and I couldn't focus well and I started to say hello to the woman at the booth, but it was a thinner, older-looking woman and I thought it might be a stranger and started looking around the restaurant for Ruth...but when my eyes focused, of course it was Ruth, having lost a lot of weight in the last 3 months (which may have been her plan).

But it felt awkward.  I don't know why, but it took us several minutes, and a lot of chow mein and egg foo yung before we slipped comfortably back into our old groove again. By the end of the meal, we were our old selves again and chatting away about Dial M for Murder, which we had both seen last week (on different days) at Sacramento Theater Company.  I even got a chance to use my new Droid phone when I was trying to remember the name of an actress who was in the stage show of Deathtrap that I had seen years ago.  She was impressed when I called up Wikipedia and checked it out right there over my Kung Pao chicken.

So, I'm glad we're back on track again and I should mention here that Ruth, who is the author of "The Weight of Gold" which tells the story of a widow who finds herself in Sacramento in 1849 and has to figure out how to support herself without a husband.  In the telling of the story, you learn a lot about the history of that period, insofar as how people lived.

She has now started broadcasting The Chambers Street Theater on the Davis radio station KDRT (95.7 FM), but the shows are being streamed and can be listened to at http://www.kdrt.org/station/archives/8481.   I listened to the first episode and was delighted at how having it read by a real actress (Ruth) brings those gold rush days to life.  Give it a try.  Be forewarned that there is a glitch in Episode 4 which, Ruth tells me, results in a blank space of 13 minutes. 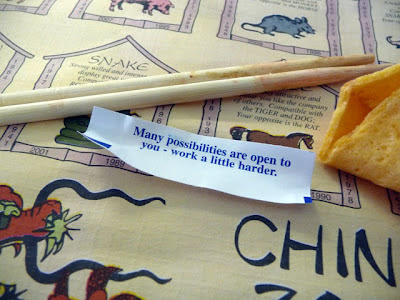 After I left Ruth, I had my regular dental appointment and have been scraped and polished and flourided and rescheduled.  I really do love going to my dentist.

On Monday, I have my annual eye exam in Sacramento.

And my doctor called to schedule my annual exam and lab tests.

I feel like an old car which just went in to have the oil changed, the tires rotated, the ash trays emptied, and the windows washed.
Posted by Bev Sykes at 12:00 AM

Email ThisBlogThis!Share to TwitterShare to FacebookShare to Pinterest
Labels: Ruth

I consider seeing all those doctors regularly as a way of staying healthy. But it is a lot like a car. I refuse to have my ears repierced now, just as I would not buy fancy brand new tires for an old car.