Cici of Cici's Corner recently wrote an entry asking about many imponderables of life, like

Good question.  I look at ads for restaurants these days (like Outback Steak House) and though the food looks good, there is so MUCH of it that I'm full without even entering the restaurant!  Black Bear Diner here in town is a good restaurant where I have eaten a couple of times and like the food--but the thought of how much I will be served is enough to make me choose another restaurant.  We ordered Cobb salad at Denny's recently and the individual portion was enough for 2 meals.
However, I digress.

I thought I'd ask my own "why" questions.

Why, for example, do we have to suffer those damn crawls across the bottom of the TV screen, advertising an upcoming program.  Sometimes the ads cover the already irritating news crawls on a news program so you're mad at whatever show is being advertised AND the news program for running crawls that have nothing to do with the particular story being reported.  I remember one time everyone oohing and ahhing about a newborn baby, whose face was totally covered by the crawls. 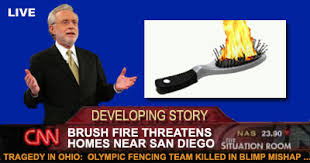 Why do drivers zig zag through lanes during heavy traffic?  Is getting there a minute before everyone else important enough to risk the lives of yourself and all the cars around you?

Why do people continue to donate to Red Cross when there are so many other organizations that help in an emergency and Red Cross is rated lower than all of them?

Why is the volume on Netflix so low I have to crank it up to highest volume and then suffer ear shattering sound when returning to the television broadcast?
For that matter Why are commercials broadcast at a higher level than regular programming?

Why are there still >1,000 children held behind barbed wire and kept from their parents and where has the outrage gone?

Why, why, why are people so enamored with Donald Trump?  I can't think of a single redeeming quality.

Why does Mitch McConnell have so much power?

Why in God's name can't Stanton Optical produce a single commercial that makes sense...and why do they have to run them nearly back to back every morning.  Though maybe it's me that's out of touch.  I read this article and it finally explained the current commercial that is driving me crazy. 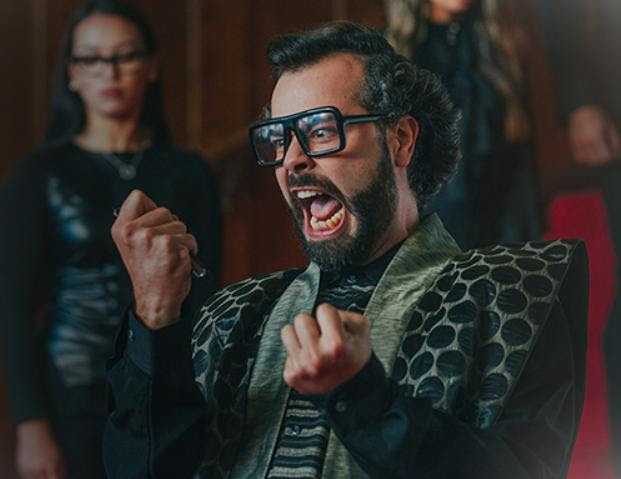 Why can't broccoli and kale be high calorie and bad for you and pastries be low calorie and good for you?

Why does coffee taste so good in the morning?

Why doesn't someone stop this terrible voter suppression?

Why are so many price stickers not easy peel off?  Fort that matter, why is it necessary for every banana to have a separate sticker?

Why is bipartisanship a dead concept?  When I was growing up there didn't seem to be such hatred between the two parties and occasionally they actually worked together.  Now if one person votes against his or her party, it's political suicide.

Why this:  “The governor of Maine has said that people of colour were enemies of his state, and appeared to suggest they should be shot
.
Speaking about Maine's effort to combat drug crime, Paul LePage said that "the enemy right now... are people of colour or people of Hispanic origin". “When you go to war... and the enemy dresses in red and you dress in blue, then you shoot at red," he said.

Why are bags of potato chips and cereal so difficult to open?

Why on all cop shows do various law enforcement entities (FBI, CIA, local police, etc) seem to hate each other and refuse to work together.
Posted by Bev Sykes at 12:00 AM

Email ThisBlogThis!Share to TwitterShare to FacebookShare to Pinterest
Labels: questions

The UP Police Re-Exam Admit Card 2018 for 41520 vacancies re-exam will be released soon at the official website of UPPRPB that is prpb.gov.in or uppbpb.gov.in. The UP Police Call Letter 2018 of Constable post will be available for 2nd Shift Re-exam which is going to be held on 25th & 26th October 2018. Candidates, who have applied for UP Police Constable Vacancy 2018 will be able to download their admit card by using their registration number and date of birth.

This is great news for all the candidates who want to get government jobs. sarkariresultadda.com will keep you informed about all types of government jobs please keep in touch with our website page Sarkari Result