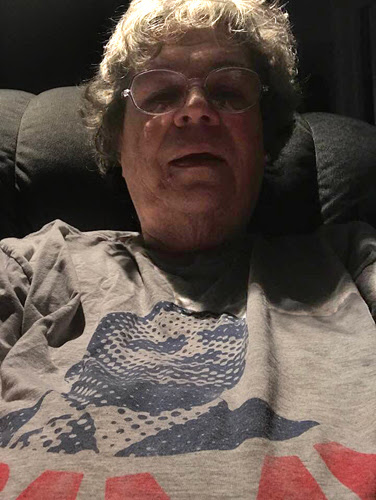 When Obama was first running for president, I sent a donation to his campaign and in return received this t-shirt.

Of all the t-shirts I own it's probably the shirt I have worn the most in the past 10 years.

It's not that I love the shirt so much (though I do like it), but it's nice, soft, and light weight  (lighter weight the older it gets!) and it makes a perfect top for pajama bottoms and so I wear it most nights a week.

Once in a great while I will wear it out in public, especially if I have worn it to sleep and am going to Atria in the morning and just don't bother to change (because I'll be having a shower at my mother's and will be changing clothes there)

But mostly I think of it as part of my pajamas and thank the president each time I put it on.

Ned came in the morning to get some work done around the house.  He mopped the floors and then pruned the pomegranate tree, and we had a chance to chat.  We are both now waching The Marvelous Mrs Maisel so can compare notes on that, as we used to compare notes on Better Call Saul.  I'm enjoying the series and trying to decide what it reminds me of...not an old fashioned sitcom, not a light drama, not a Broadway musical, but something in the middle.  Anyway, it appeals to me.

At 2, he took me over to Cindy's to get my teeth cleaned....easiest cleaning I've had in maybe forever.  I really like Christina, my hygienist and usually I have 5 minutes or so to chat with Cindy while she checks the teeth too, but I guess this time they were OK because other than a couple of minutes to catch up, I didn't see her at all.

For dinner I decided to try a recipe for corn bread stuffing, which I saw in this month's Food Network magazine.  I would cook chicken to go along with it. 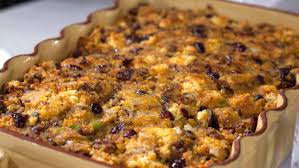 I mean it wasn't bad or anything, but I'm glad I made it to accompany a normal evening meal instead of a holiday meal.  It tasted OK, but it wasn't my definition of "stuffing."  Now I feel the need to make regular stuffing to get the taste of the cornbread out of my mouth!

The Dodgers have won the pennant and Brianna, a Dodger fan, will be very happy.  They will play the Red Sox in the World Series, and, of course Jeri is a Red Sox fan.  I wonder how this rivalry will go! 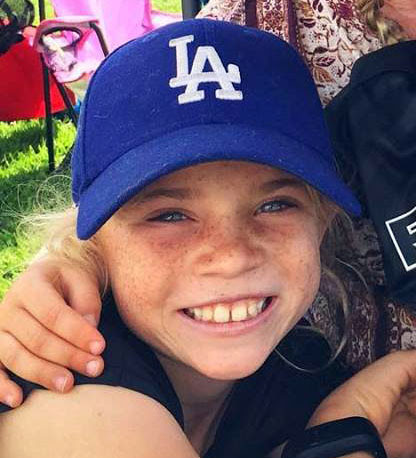 Today I received the latest picture of Fred, from the Philippines.  He is the child who, now, I've been sponsoring the longest and I was amazed at how mature he looks!
Posted by Bev Sykes at 10:51 AM