I know I'll get past it, but it may take a few more days.


It's  silly, I know.  I've had this whatever it is for months now and have managed quite nicely around the house.  I've had the walker for 2-3 months and have been using it in the house all that time, occasionally walking without it.   Just because I fell this week doesn't make anything any more dangerous than it has been for the past  2 months. 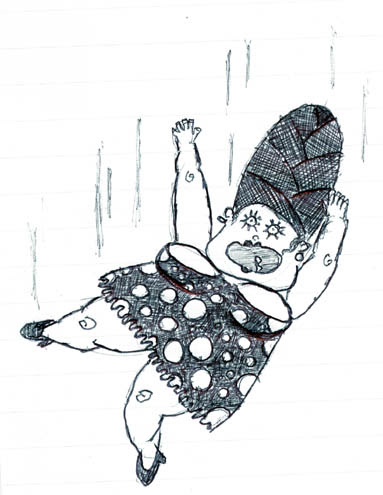 Yesterday Walt decided to go to work for a couple of hours, which he usually does each week and I immediately felt vulnerable.  I didn't want to walk around. There were things I wanted to do but other than going  to the bathroom (if I fall in there, there is not enough room for me to land flat!), making sure I had my phone with me, I mainly just settled in the recliner until he got home.

Since there was no TV marathon on for me, I ended up watching a big chunk of the Supreme Court hearings.  Maybe it would have been more pleasant lying on the floor till Walt got home.

Kavanaugh takes walking with caution to new levels.  He found countless ways to say "I don't want to answer" -- it's a pending case and he can't comment, it's a hypothetical and he won't comment, it's a settled case and he won't re-litigate, he can't quite  remember.  His refusal to answer most questions combined with Trump's declaring more than 1 million documents covering his years with the Bush administration as National Security issues plus not releasing 400,000 documents until the night before the hearing have made it impossible to have a thorough evaluation of his feelings...on anything.  But he'll be approved because the Republicans want it and even the ones who were wishy washy at the start of this administration have bitten the bullet and cow-towed to whatever this man wants.

Been trying to finish this all day, and just don't have the energy.

Walt went to the doctor.  He needs to keep his catheter until after his hernia surgery, then prostate surgery and then decide if he can live without it.