It was one drama I was very happy I didn't have to review.  All 8 hours of it.

Yes, I watched the whole thing and I have to admit it was riveting, from the very believable, sincere testimony by Dr. Christine Blasey Ford, which often moved me to tears, to the very over the top angry testimony by Judge Brett Kavanaugh, who admitted he had not watched Ford's testimony.

The hearings were apparently watched everywhere.  On the subway... 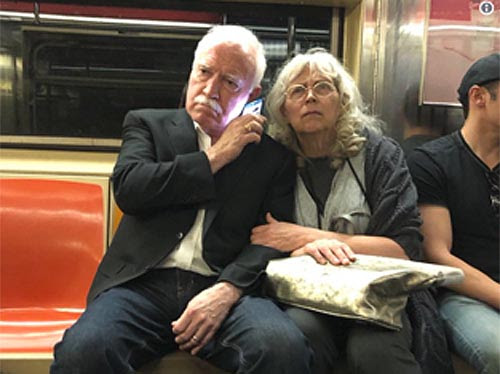 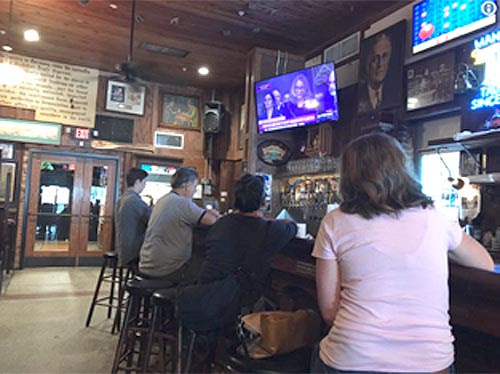 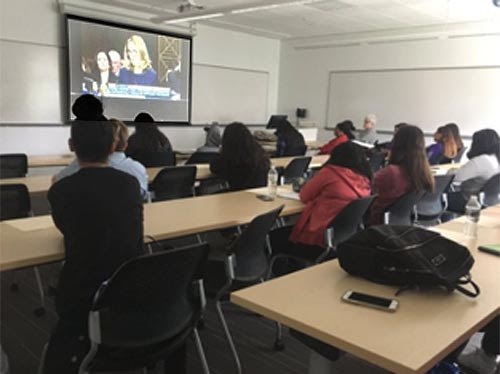 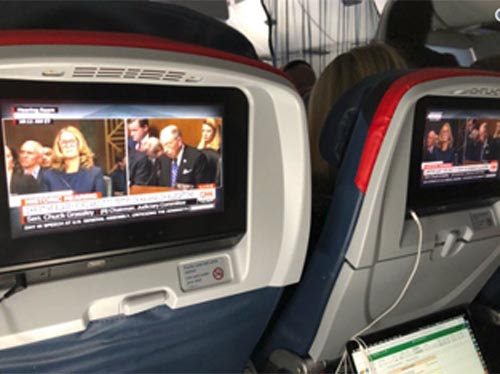 people watching on their cell phones on the street... 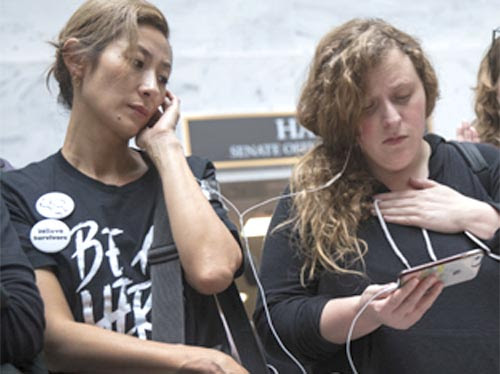 and people like me, glued to the tv screen for the whole 8 hours.

Kavanaugh came on like gangbusters, sniffing and sipping water, seeming to be on the verge of tears.  As the hearing went on, he got more and more angry, using Trump's trick of not answering a question by using up time with extraneous information that had nothing to do with the question asked, but he would not be silenced and each senator who only had 5 minutes allowed for a question had to sit there and listen.

[from Facebook;  I’ve been involved with community theatre for more than 30 years. Never have I seen less convincing crying on stage than that from Kavanaugh sobbing over his calendar.]

And then there was Lindsey Graham's unhinged tantrum at the Democrats. ("Boy, you all want power. God, I hope you never get it.")

Do I believe Kavanaugh? Well, I'll tell ya when he lost me.  They asked him about the brief bio his yearbook, which was rife with hints of drinking and sexploits and he explained that they had decided to make the yearbook a joke and load it up with silly stuff.  The man went to a Jesuit school and I can't believe any Jesuit school, especially one as prestigious as his, would allow that.  I was, after all, the editor of Catholic high school yearbook myself.  He also found many, many different ways to not answer whether or not he would accept an FBI investigation.

Will he be confirmed? -- yeah, probably.  The Stepford senators will do the will of their overlord, but the scandal of this hearing today will live with him for the rest of his life and I hope that Dr. Ford takes satisfaction that she has become the Anita Hill of the 21st century and that she has served as a shining example for all survivors who are afraid to come forward.

I do have to laugh, though, at the Repubs sputtering about how the Dems had postponed this confirmation for weeks, those guys who refused to even interview Merrick Garland, for a year and a half.
Posted by Bev Sykes at 12:00 AM

I watched the first part of it while waiting for my car to be serviced. Came home and watched the rest. Kavanaugh came off like a five year old who's soo mad that he might not get something he knows he's entitled to. And, the Republicans! I hope they realize they have inspired many young people (men and women) to years of voting for the Democrats.

I, too, fear he will be confirmed. But, we know who he is now. He's an over privileged brat who really, really likes beer.