Lots of people want to take my picture these days.  Pretty soon I'll be able to create a "Bev's butt" poster.

BUT, I woke up this morning and for the very first time in 2-1/2 months had the feeling that this damn wound was actually going to heal eventually.  Last night I dutifully put my Calmoseptine on the wound, and then settled myself in the recliner to find a position where it didn't hurt and then went to sleep.

I slept a full 7 hours (be still my heart) and when I woke up and raised the chair I had this strange sensation --- no stabbing pain.  I carefully got up and walked around.  There was discomfort, but no stabbing pain.

Today was my nurse appointment and they say that yes, it looks like it's healing.  Not good yet, but healing.  They had a conference with the nurse practitioner about whether or not to use silver nitrate again and decided to give it another week, so they put more Calmoseptine on it and sent me on my way, with another appointment next week.

We then went to the lab for me to get my regular CK blood test.  Things are going well enough today that I'm confident my numbers will be lower again.  I managed to get both legs into the car almost completely unaided today, which is a first. I needed a boost the last inch with the right leg once, but otherwise, I got into the car almost unaided.  Now if I can only get through preparing a meal without having to sit down most of the time I'll really feel encouraged.  I did manage to get a frying pan down from the wall by myself, another first, last night.

We ran into a friend of Walt's at the lab.  He had jut come from Kaiser in Vacaville, where he had a procedure done and Walt was telling him about his upcoming hernia surgery.  Be advised, you 50 and 60 year old kids reading this -- this is what happens when you hit 70 and your body starts to fall apart!  Meetings with friends all end up starting out with an organ recital.

As for Walt, he had his last pre-surgery appointment yesterday and got the OK for his surgery next week.  They took a photo of his healing rash which may or may not have been shingles, and sent it to the surgeon who said he would be cutting higher and it would be OK.

What a difference digital photography has made in medicine!  You don't have to go and see doctors all the time, but consultation can be made by photos e-mailed.

But anyway, he's all set for Tuesday.  His sister (and possibly his brother) will also be here, so it will be a family affair.  The nurses wanted to make my next appointment for Wednesday, but I decided to make it for late morning on Thursday, which gives Walt a day at home post surgery.  Ned will be staying with us for a couple of days and he can run me out to Kaiser.

Maybe, maybe we are seeing a pinpoint of light at the end of the tunnel for both of us.
Last night I watched episode 2 of PBS's The Great American Read, trying to encourage people to read, and promising that in October they will announce which is America's favorite book. (I'm betting "To Kill a Mockingbird.")

The first episode, a few months ago, introduced the viewing audience to the 100 choices from which to choose, everything from "Charlotte's Web" to "50 Shades of Grey."  Last night they went into more detail on several of the books.  The idea is to encourage everyone to read more.  Later episodes will center on specific genres of books. 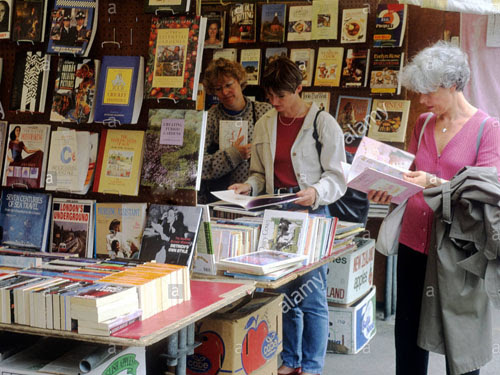 As they talked about several of the books, titles I'd known forever but knew little to nothing about, I found myself wanting to read several of them.  I checked out a few on Amazon and discovered that I could get a copy of "Gulliver's Travels" for free, so ordered it and am reading it now.

The program must be working on me, at least.
Posted by Bev Sykes at 2:57 PM

I've voted a few times now. But, I am disturbed by the fact that Nathaniel Hawthorne's "The Scarlet Letter" is not one of the candidates. Surely that is a great American book.

I believe they took polls across the country for nominations and picked the top 100. I'm sure a lot of books people would like on the list are not.