ay!  We have a new house.  Well, a new-looking house.  The painters have spent two days here washing and painting and when they left yesterday, it was all finished.  I love the new color scheme, a bluish-grey with a darker blue trim.  I wonder if the neighbors will notice. 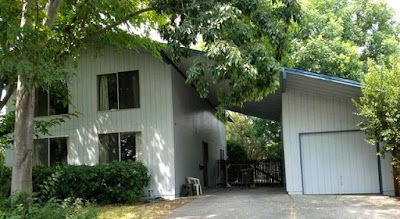 Walt came in last night and announced, with pleasure, that we had NO SPIDERS in the car port.  I told him to check again today.  Spiders are so plentiful in Davis, I'm certain that there will be a few families that move in overnight.

He also told me he was going to have to climb up to re-focus the car port light, since the painters left it pointed out into the street.  I always get fear and trembling in my heart when he talks bout climbing UP anywhere.  The man is 78 years old and has had at least one fall off of a ladder a few years ago (not as tall as the ladder would have been to adjust the light and much more steady).  Fortunately, he managed to find a pole that was tall enough that he could adjust the light while standing on terra firma.

The last 2 days have been about the same as every day, with the exception that we were essentially hermit-ed.  All the windows were covered in plastic and the world outside was a grey blur.  No way to check progress.  No way to let Polly out, though Walt has taken her for walks after the painters leave at night.

In truth, the hermit-ing had no impact on my life other than that I could not look out the window, but I did briefly get excited that Walt said the first night that we probably should not cook so he would go out and buy some Chinese food for us.  My favorite thing to do!  Then he remembered he was going to a retirement party, so there went my Chinese dinner.  I would not have enjoyed the party if I were normal, but there was no way I was going to go with my leg weakness.  I didn't know the honoree anyway.

So I had a spoonful of peanut butter and some nachos (chips with cheese sauce on top).  It was no chow mein.

I spent a good portion of the day writing letters to the Compassion kids.  Actually, I was answering letters.  I spent a good part of last week getting the incoming letters organized and now I have almost as many to deal with again.  But it's good to hear from the kids, especially since finally some of them are starting to say more than thank you and "I'm praying for you." 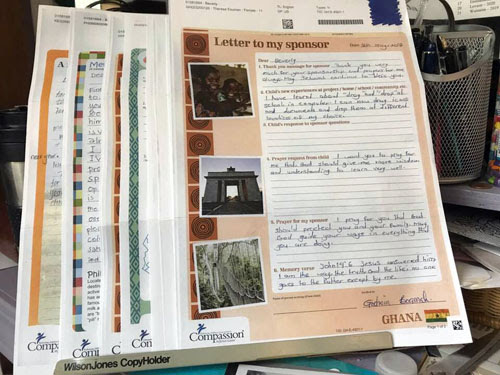 I'm learning about flooding in Kenya and the work of the Red Cross, a wild animal park and the "Day of the African Child" in Budalangi, cable cars in Bogota, motor car racing and swimming in a river at a fiesta in the Philippines, and varuous sporting events.  One of the kids wants to be a priest, another one is feeling very lonely.  Very definitely an upgrade from "how are you, I am fine" letters.

Walt's day usually ends around 10:30 or so, after dinner and a couple of glasses of wine.  He gives Polly her treat (she reminds him if he has forgotten) and heads off upstairs to bed.  I stay up watching TV for a couple more hours before settling in to see whether I will be able to sleep or not.

Last night there was nothing on TV that interested me, so I started to watch the last 3 episodes of Orange is the New Black, which I had not finished (season 5--the new season just came out). 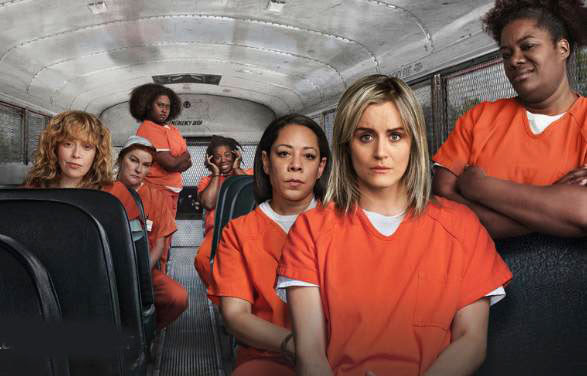 I was only going to watch one episode but couldn't stop and watched all the way to the end of Season 5.  Then I turned everything off and tried to settle in, but I just had to find out how Season 6 starts and then forced myself to turn off Netflix.

Now that my butt lesion is about cured, it's easier to sleep..."easier" being a relative term.  Some nights I sleep very well (for me).  Other nights, like last night, I can't get to sleep for love nor money.  It was about 5 when I finally fell asleep and 7 when I woke up.

It was nice to wake up and be able to look out the window, and even better to go outside an see the beautiful new paint job.
Posted by Bev Sykes at 2:33 PM

Email ThisBlogThis!Share to TwitterShare to FacebookShare to Pinterest
Labels: paintjob