We went to see An American in Paris last night, the final offering of the Touring Broadway season.  Jeri sent a text this morning and asked what I thought (she and Phil saw it in New York).  I wrote back one word:  "spectacular." 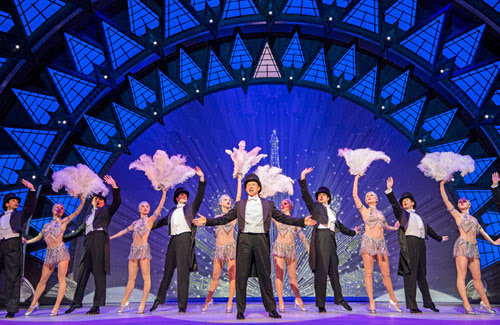 Forget any memories you have of the Gene Kelly movie, since this is so different (I ordered it from Amazon and watched it at 4 a.m. this morning), but it's definitely a spectacle with massive projected sets so incredible you sit there wondering "how did they do that?"

We actually had been to the show the previous night too, but didn't see it.  I was shocked when I went to pick up my tickets and discovered there were none for me.  Matt (the publicity guy) and I had exchanged texts and he knew I was coming.

Finally, the woman in charge of the box office, who knew what was going on more than the people working the windows, told me that though this was opening night, the press opening was not until Thursday, so we drove home again and came back last night.  The mistake was almost nice because it gave us two nights to listen to our audio book, since my colleague wasn't riding with us.

Before going to the theater in Sacramento, we stopped by Lamplighter Pizza here in Davis to do our bit for the Pet Assistance League fund-raiser and bought a nice pizza for dinner, with enough left overs for lunch today. 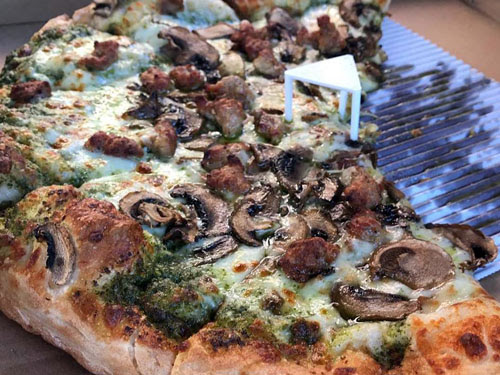 Before That, I went to Atria.  I first had a meeting with the new Life Guidance Director about the "plan of action" for my mother, which doesn't include anything that hasn't happened for the past year.

After our meeting, I went to my mother's apartment and found her napping.  I tried gently waking her, but that didn't work, so I sat there for half an hour wondering if she would wakeup, which she did.  She sat up and I said hello.  She talked with me for a little bit and then said she had to go to the bathroom.  She did and 10 minutes later I went to check on her and found her sitting on the toilet, her pants around her ankles, and reading a magazine.  I talked with her an thought she would be coming back into her room, but 10 minutes later she still had not, so I just left.

I get credit for going for the visit and she won't remember whether I was there or not, so ... whatever.  I was home in time to take a nap before going for pizza.

I am now almost all set for the wedding.  I made clotted cream yesterday (ridiculously easy to do)... 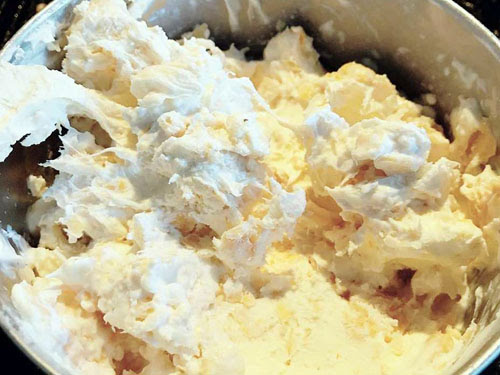 ...and will make scones this afternoon.  Maybe that will keep me awake for the ceremony.  Not that I care that much, but its an "event" and something interesting to do.
Posted by Bev Sykes at 11:20 AM