It was probably the year after Paul died when his best friend Kag decided we needed to have a "Paul Picnic" over Memorial Day week end.  It was a grand success...a bunch of friends getting together, with Paul the reason, but pretty much the forgotten picnic guest.

We had such a good time that it became a yearly event.  There was no picnic last year (things got busy for Kag and his family) and don't remember if there was one the year before (or if maybe we just didn't go then), but the picnic was back again this year.

Everyone brings food, there is a communical barbeque, games, and the fun of it all is watching how much the kids have grown in the previous year (and how Paul's friends have turned grey--they all have, but Ned wins theprize for the ost grey).  Every time I look at his friends settling into middle age and their children starting to think about college, it makes me realize how long Paul and Dave have been gone. 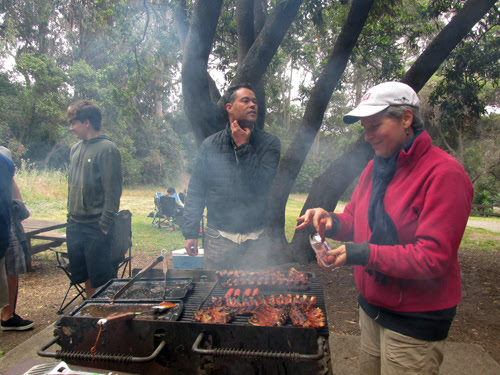 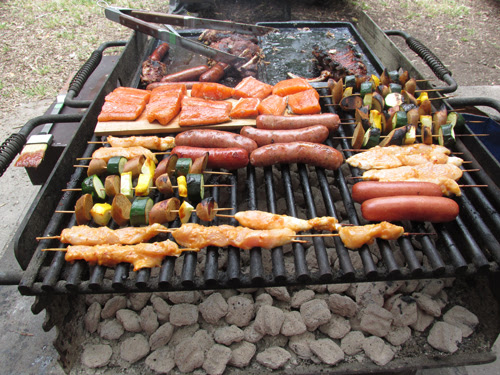 The last time we were at a Paul Picnic, the little kids set up "spas," where we each had the chance to get manicures, pedicures, and facials (usually putting cucumbers on our eyes, while they massaged our feet).  This year the kids set up a lemonade bar, where they had a container of simple syrup, one of lemon juice and then various fruits that they could squeeze into the glass to give the lemonade a flavor.  My cherry lemonade came with a slice of cherry attached to the rim of the cup, like an orange on a mixed drink.  Very cute. 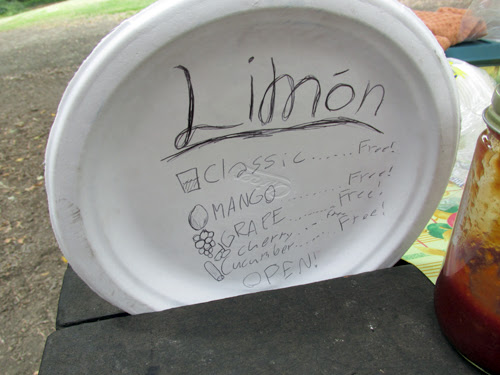 I was thrilled that our friend Pat and Mike Hayes showed up for the picnic.  They live in Sebastopol and this was the first of these events they have been able to attend.  We haven't seen them in several years. Their daughter Siobhan was also attending for the first time (though son Joe, who was in Lawsuit, comes every year).  Mike and I both showed up wearing our Boston Red Sox hats (naturally I took a picture to send to Jeri) 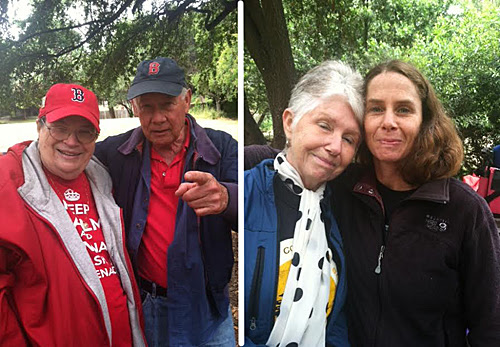 Of course there was music.  There is always music at these gatherings. 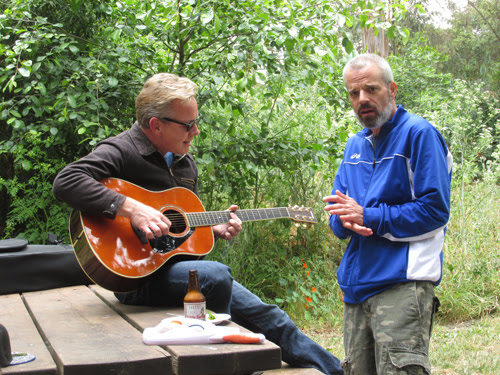 And I found this cool lady bug. 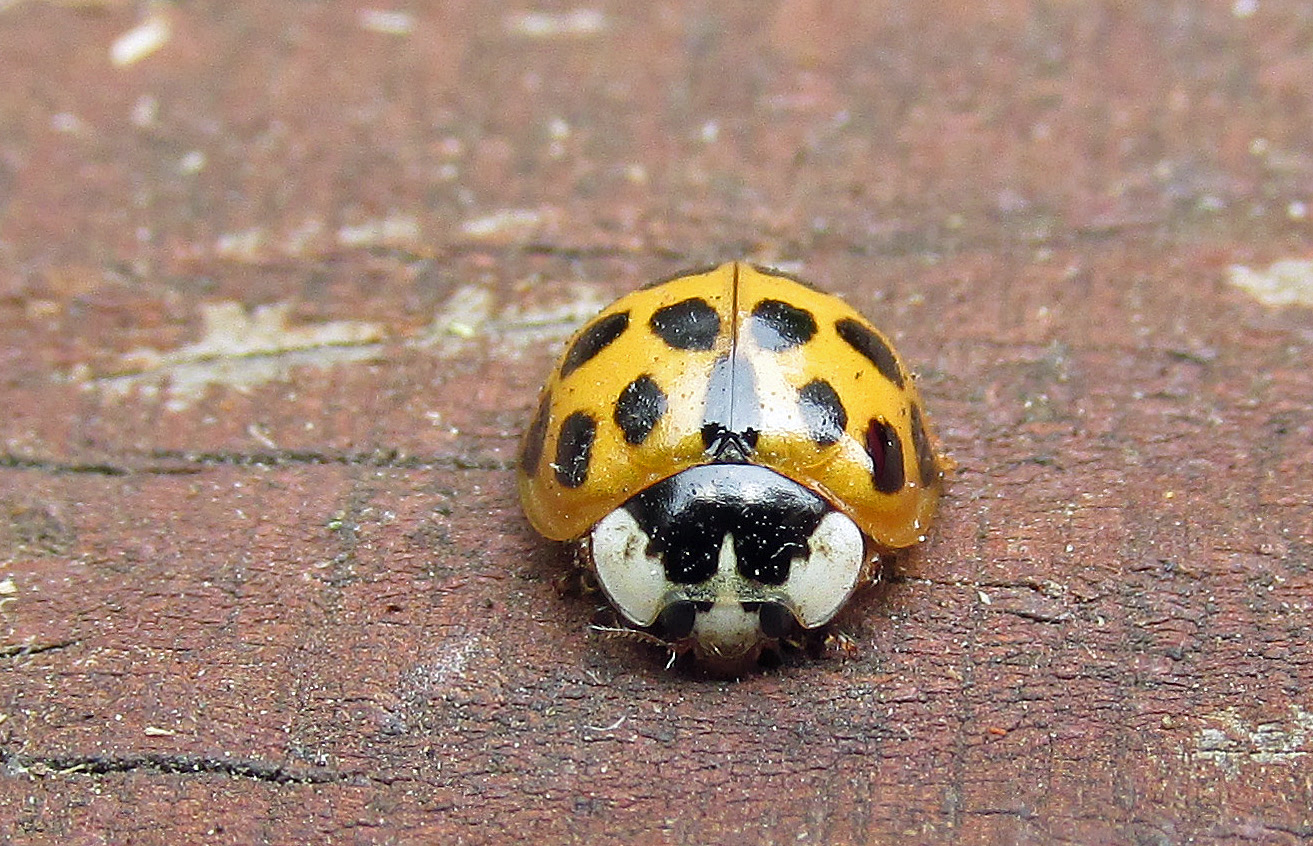 The younger generation spent a lot of time either playing ball on the nearby hill, or at the playground a bit of a walk from the camp site.  The rest of us sat around, trying to find sunny spots (it was cold!)

All in all, just a nice, low key afternoon with friends of many years, most of whom I remember from when they were in grammar school! 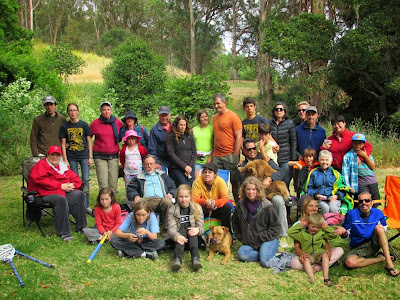