I hadn't anticipated spending the afternoon comatose, it's just what happened.

My first clue, whenever I go to see her, that she has survived another night is seeing that her newspaper has been picked up out of the delivery box.  But it was still in the box.  Nervous, I knocked on the door and there was no answer.  I got out my key and let myself in.  I could see the bed unmade.  I peeked into the bedroom and she was lying there, eyes opened.  I couldn't tell if she was breathing or not.  "Are you awake?" I asked, and she said that yes, she had just awakened.

Whew.  She was alive.

But she was quite disoriented.  Said the last time she remembered seeing on her clock was 3 a.m. (and had been up and down all night before that) and so slept until after 11, which is actually 8 hours, so a good night of sleep, if slightly off what she expected.

We visited until she began to wake up.  She told me somethig she had never told me before, that she was always embarrassed that there were so many children in her family because their family (of 10) was so much bigger than anyone else's in town.  Of course by the time she was born, the oldest 3 or four were already grown and gone (and my mother had a nephew 6 months older than she was!), so there were really only 6 or 7 at home.

After she was finally fully awake, she got her hair brushed and we went off to lunch.

I picked a great day to go to lunch.  Since it was Memorial Day, they had a buffet, but not the buffet they have on Sundays.  This was actually better -- fewer choices, but better quality.  I had 3 slices of a tri tip roast which was rare, just the way I like it, a bit of potato salad, and half an ear of corn on the cob.

The corn on the cob was really good.  I am always leery about that particular food item from a food warmer, but this was fresh, warm, crisp and sweet.  My mother had decided not to have any but when I raved about how good it was, she decided she wanted some.  I remembered this was the woman who, in her teens, once ate 12 ears of corn for dinner!  When she took her first bite, she closed her eyes in bliss.

After lunch, I picked up her laundry and was pleased to see there were clothes in it this time, and no sheets, and then headed on home.

When I got here, I was feeling kind of light headed and just weird and shaky.  I decided to take my blood sugar, which was 50, the lowest it's ever been, so I had a couple of apricots and it started climbing back up again. I took a short nap, and felt more normal when I woke up. But soon, I had to go to the bathroom, which is where, alternating with sitting in the recliner, I spent most of the rest of the afternoon.  It got to where I brought fresh clothes to the bathroom so they would be there if I needed a change -- and I did.  Twice.

I finally remembered we had Imodium in the house and took one of those magical pills.  Things stopped almost immediately (of course by then I was completely empty anyway!).  I wrote a haiku about it for Facebook.

Bad afternoon, then
Along came Imodium
All is well again
(I think)

I told Walt he would have to fix his own dinner and I just continued to lounge about in the recliner, alternately watching one of the Outlander episodes from the week end marathon that I had recorded or a cooking program when I needed a break.

I finally started feeling human around 8, and by 9 had a little bit to eat, but not much. 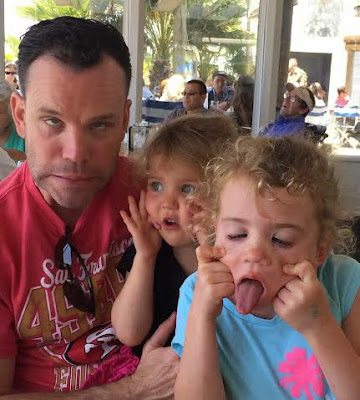 Email ThisBlogThis!Share to TwitterShare to FacebookShare to Pinterest
Labels: My Mother, sick?