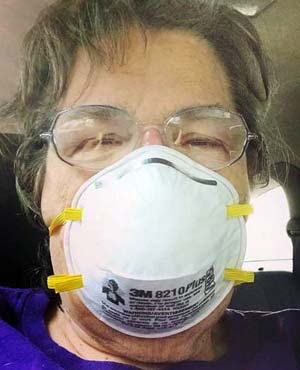 This is what it's like in California these days.
The big fire is ~100 miles north of us, but the smoke is affecting many cities for many miles from the source.

Everyone is watching the AQI (Air Quality Index) these days.  Normal is 0-50, which is satisfactory and contains no danger.  Moderate is 50-100 which is acceptable but may present some health concerns for some people.

This was us last night:

And we aren't nearly as bad as other places.  Walt and I stayed home all day yesterday, except for a brief trip Walt took to the hardware store, when he wore a face mask.

Ned and I went to Atria today and I wore my mask for the first time.  It's uncomfortable because it cuts right across the place where the wound from the biopsy that was taken the other day rests, but it's not that far to Atria, so it was OK.  And today, the air is much better, only 195, which is merely "unhealthy" not "hazardous."

We learned that my mother has a new "neighbor" in the apartment where Marge used to live.  I have not seen her, but she is one of the homeless women from Paradise, the town that was totally destroyed by the fire, which is now only 45% contained.

The details from the fire are horrendous.  The town of Paradise is gone and you can't really understand the extent of the damage until you see an overhead shot of it from a helicopter.  You can't believe how many homes were destroyed.  Paradise obviously turned into a living hell.

So far 63 have been confirmed dead and 631 are still listed as missing.  Obviously a lot of them will eventually be found, but it's also pretty certain that many of them will be added to the death list.  Such a terrible terrible tragedy.

Trump will be coming to view the area tomorrow.  You'd think those poor people have enough problems already but maybe--not likely--the sight of the damage and the hoards of the now-homeless will trigger a bit of empathy, though since he seems to be unable to be empathetic without the help of speech writers, I'm not expecting anything.

But, heck, Stephen Colbert raised thousands of dollars for flood victims by putting together a book written entirely of quotes Trump made when he went to view the flooding following Hurricane Florence.  Maybe this will give him fodder for another book. 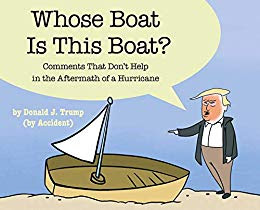 We had a decent visit with my mother.  Ned got to her apartment first and she was just getting out of bed, so was not groggy, and was in a good mood.  We visited a bit while Ned set up the bathroom for me.  Then I took a shower and when I returned to her room 10 minutes later, she was surprised to see me because she hasn't seen me in such a long  time.

We took her to lunch in the big Atria restaurant, which she always thinks she has never seen before and always complains that there are so many people there that she doesn't know.  But she ate a good lunch and Ned is so good at keeping her laughing.  She gets to talking, making sense, and then talks faster and faster until it becomes just gibberish, but she eventually realizes that she's not making sense. 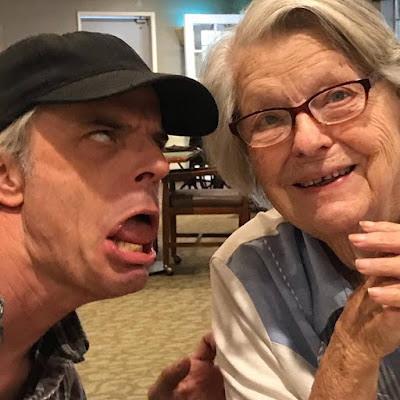 We returned home and there was a catalog from Lands end here.  I found a couple of things I thought I'd order and then realized that the catalogue was offering me a 50% discount, so I ordered two things and with the discount the total was more than one of the items cost, so it was a great deal.

Now I'm going to a show tonight but Walt decided not to go, so someone from the theater is going to drive me out to Winters so I can review it.  Sure will be nice when I can drive again.  I tried sitting in the chair in my mother's apartment, which I used to have problems getting out of.  I figured I was better enough I might be able to get out this time, but no.  I needed Ned's help.  But I am getting there.
Posted by Bev Sykes at 2:48 PM

Email ThisBlogThis!Share to TwitterShare to FacebookShare to Pinterest
Labels: fire, My Mother