Today it was Berkeley

Caroline's time here is growing short.  She will be working Monday, Tuesday and Wednesday and then flying back to Edinburgh on Thursday.  So this is her last weekend to get any sightseeing done.  We had planned to go to Berkeley today.  She also had yesterday off and took the opportunity to give Lizzie a bath.  Lizzie wasn't too pleased, but she is very clean now.

We lazed around the house until mid-afternoon and then went down to a place here in town that she had discovered with some of her fellow students last week.  It's called Cream and it's a place where you choose your flavor of cookie and your flavor of ice cream and they make an ice cream sandwich for you.  I had salted caramel ice cream between two snickerdoodles and my sandwich was big, but delicious. 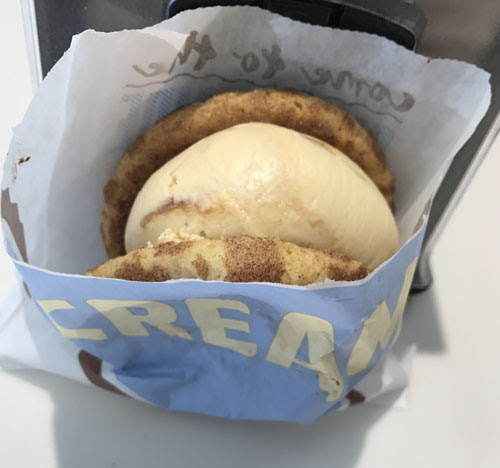 We walked from Cream to the theater where we saw the new Beauty and the Beast, which I loved and highly recommend. 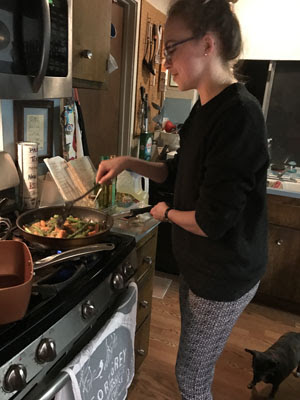 After the movie, Caroline decided she was going cook dinner for us, so we stopped at the store to get a few things--I already had most of the things she needed.

She whipped up a fantastic shrimp curry, which  was so easy I don't even need a recipe.  You thin slice whatever veggies you want (she used snow peas, asparagus and carrots) and par boil them.
You chop garlic and onions and sauté until soft, then add the drained vegetables and a jar of curry paste (that one was new to me).  Stir all together and add a can of coconut milk and cook until the liquid is reduced and the shrimp are cooked.

It was fabulous and I will definitely be making it again.

We had a quiet morning today and around noon-ish, we got in the car to drive to Berkeley.  Caroline had asked her friend, who had been here before and was excited that Caroline would be in Berkeley, what sights she recommended.  One that she suggested was the Berkeley marina, where I had not been in years (other than driving by on the way to San Francisco).  We drove around a bit and then stopped in a restaurant called Skates.
We had a window table with a gorgeous view! 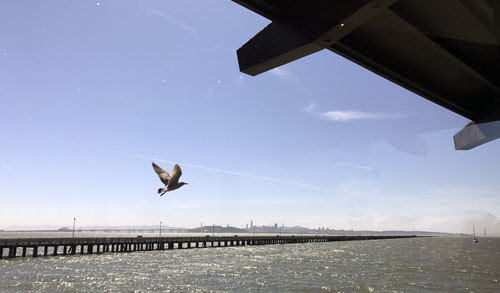 And all three of us ordered the Dutch baby with Dungeness crab and sliced Granny Smith apples, which met my criteria for:  something I'd never had before, something with crab in it, and something delicious. 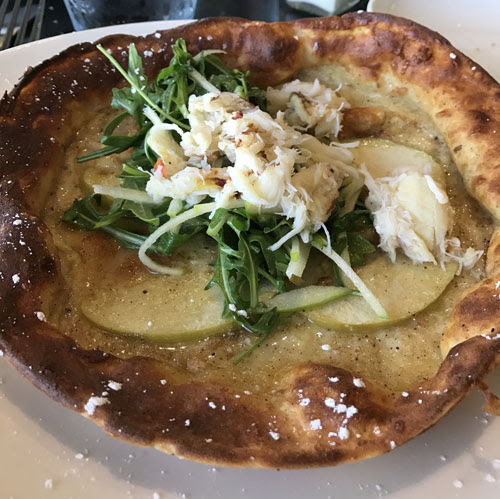 We don't know what this woman ordered but it arrived in a dish with billowing white coming out of it and it billowed for awhile (note that she is holding her cell phone up trying to take a photo). 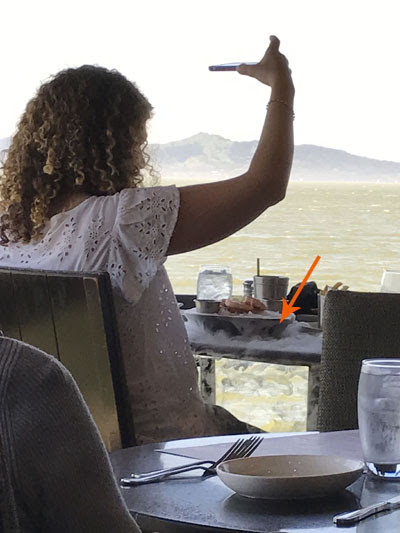 From the Marina, we drove up to the campus and gave a quick driving tour before finding a place to park.  Caroline was looking for a specific shirt... 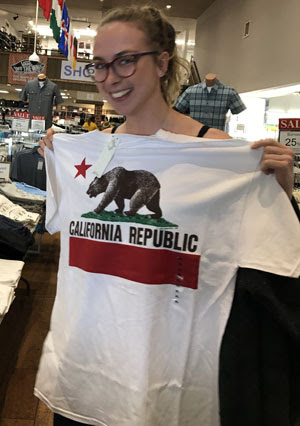 Interestingly, she seems amazed at how much crap you can put a logo on.  We were in this HUGE store filled with shirts, hats and just about anything you can think of with the UC Berkeley (or the California) logo.  But she did make a couple of purchases and then we headed over to campus, where I had Walt give her the grand tour while I sat in Sproul plaza in front of the Administration building and remembered the 1960s and the Free Speech movement that all started here. 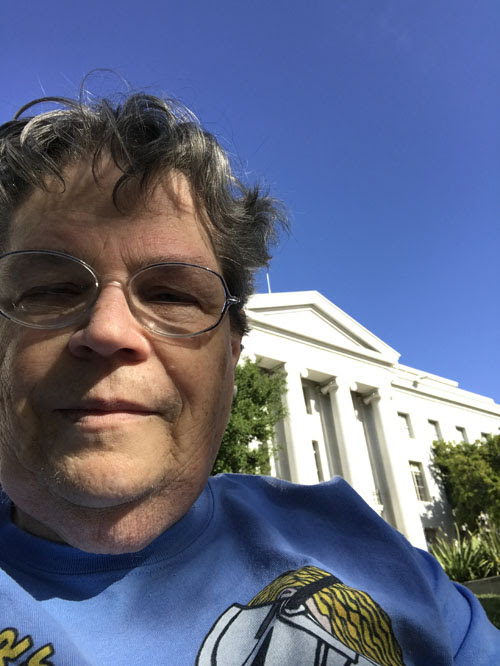 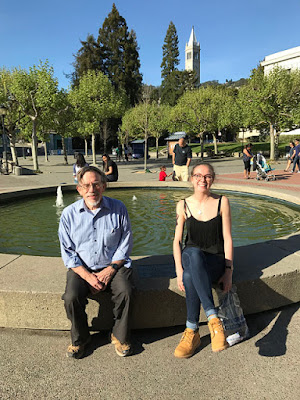 We came back to Davis, had a brief rest and fed the dogs and then went off to Sushi Limited for dinner.  I was going to take pictures, but didn't touch my camera.  Trust me.   It was delicious...and the Lincoln Hills sushi roll is still the best thing on the menu.