And so it ends

Caroline's last day started with a farewell love-in with the dogs who, I am certain, will miss her. 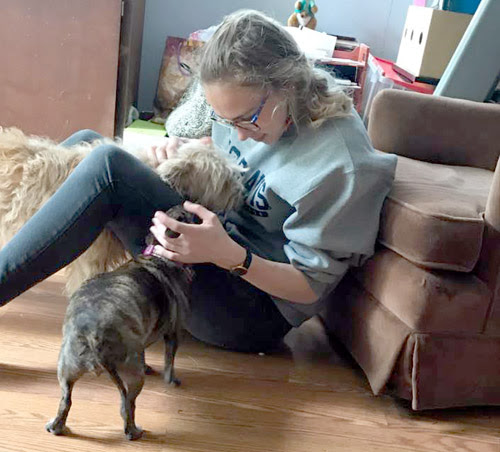 She went off for a walk in the university Arboretum, which I'm so glad she did.  It is just beautiful at this time of year and she had not had the opportunity to see it at all while she was here.

When she returned, we had our final Skype chat with her parents, 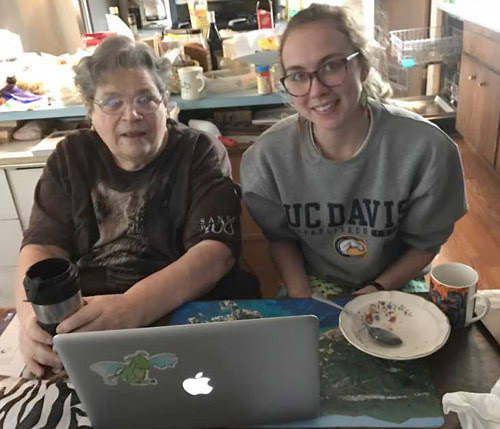 It was about noon when the car was packed and we were ready to hit the road.  It was only 10-15 minutes later, along the freeway, when Walt spied this in his rear view mirror. 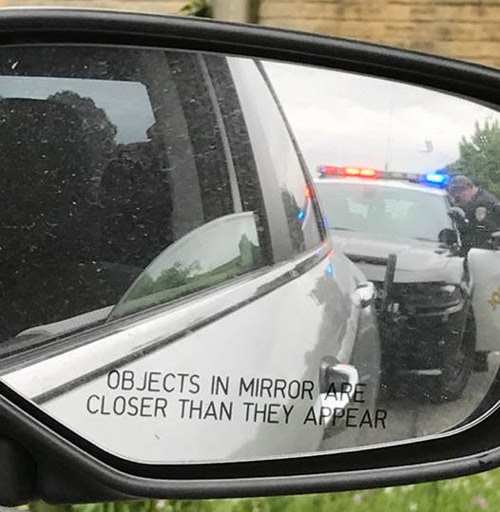 He thought he was being pulled over for speeding, though he had only been keeping up with the speed of the cars around him, but no... 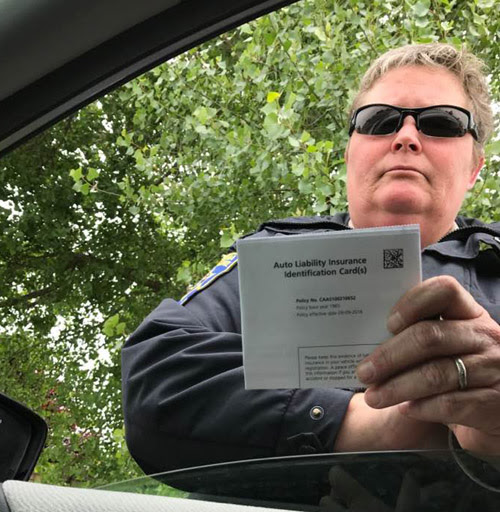 He had been going too slow.  Only 60 in the middle lane and you are supposed to go 65 in that lane or pull over to the right with all the "slow cars" so you don't impede traffic! He only got a warning, but he was very careful about his speed on the rest of the trip.

Too soon, we arrived at the SF International Airport and it was time for goodbyes,.

We told her, again, that she was welcome to return any time, and then she and that HUMONGOUS backpack were gone.

It was 2 when we left the airport and we stopped a couple of times (lunch at 5 Guys and a rest stop) and arrived at Alice Nan's at 9:59 (she was surprised we had made such good time and said she hadn't expected us until 10!)

We had some dinner and wine and then everyone went off to bed and I have been tearing my hair out trying to get this entry written.  I had forgotten that after not being used for a long time, this laptop needs about half an hour to wake up.

I also realized I am a very bad grandma.  I forgot to bring Bri's birthday gifts with us!!!!!  I will have to mail after all.
Posted by Bev Sykes at 8:48 AM

Email ThisBlogThis!Share to TwitterShare to FacebookShare to Pinterest
Labels: caroline