I've been trying to do this every year toward the end of December, so here goes.  The whole questionnaire runs 50 questions, so this is just part 1
1. Was 2016 a good year for you?
On the whole, OK.  No serious complaints

2. What was your favorite moment(s) of the year?
Seeing Book of Mormon again, taking Walt to The Dead Fish for dinner, the 50th birthday party for the 5 Pinata kids who turned 50 this year, spending a week with Tom et al. over Halloween week.

3. What was your least favorite moment(s) of the year?
When Hillary Clinton conceded the election to Donald Trump.

4. What did you do in 2016 that you'd never done before?
I learned how to make pocket letters and have shared many of them with other people.  I don't consider myself crafty, so this was definitely new for me.

5. Did you keep your new years' resolutions, and will you make more for next year?
I gave up making new year's resolutions because it's so depressing when I can't stick with them.

6. Where were you when 2016 began?
We went to the annual New Year's Eve party of The Psychiatrist (remember him?) and his wife, who have been hosting this party for 42 years.  This is a wonderful party, full of food, conversation and lots of music.

7. Who were you with?
With a lot of the people we have known the longest in Davis, coincidentally a lot of the town's movers and shakers who all started out as PTA friends back in the 70s.

10. Did anyone close to you give birth?
Our dog sitter and good friend Ashley gave the world Gabriel (Gabe), who is now nearly 5 months old and militantly adorable. 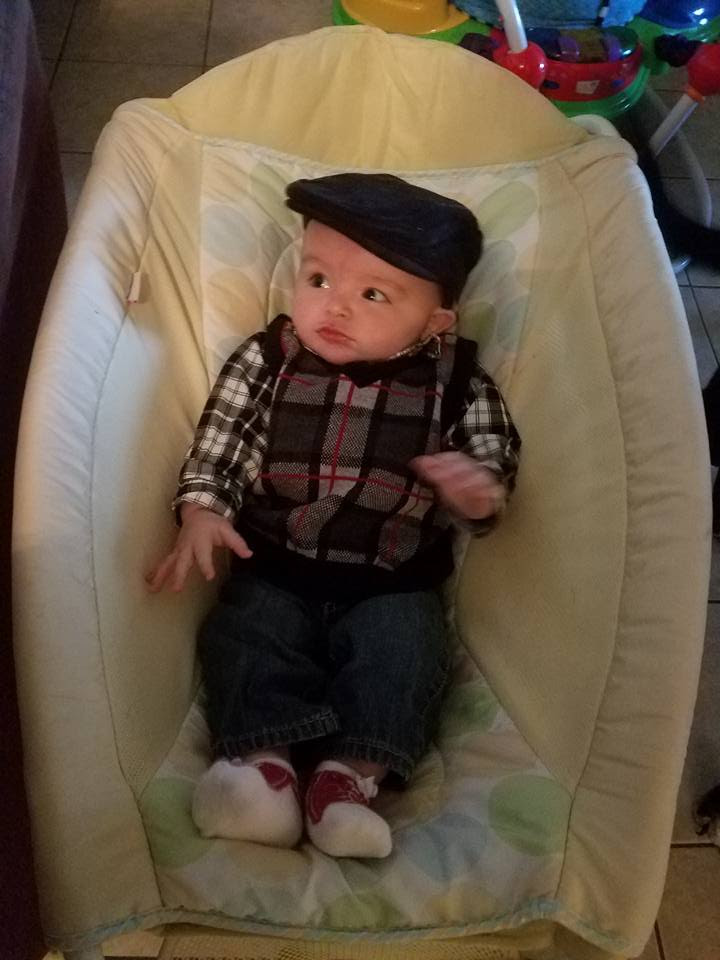 11. Did you lose anybody close to you in 2016?
We lost several friends.  Richard, our friend from the 1960s when our kids went to nursery school together; Martha Dickman, heart of the Davis Comic Opera Company (DCOC); Arthur Sullivan, a wonderful man we had known for over 50 years after meeting him at the Lamplighters; and Larry Fanning, also from DCOC, whom we had also known forever.  Walt's old boss and friend Charles Davis also died.

12. Who did you miss?
The people who died, the people who disappeared without a trace, and especially lately my cousin Peach.  Sure could use her to talk to about my mother.  Heck, I even miss my sister for the same reason and she has been dead since 1971.

13. Who was the best new person you met in 2016?
Off hand, I can't think of any new person I met in 2016, other than some of the volunteers at Sutter Davis Hospital (but I haven't yet put names to faces, so I don't know which ones I like and which ones didn't make an impression!)

14. What was your favorite month of 2016?
June, because that's the month Ned finished my new office and I have been happily ensconced in here ever since!

16. How many different states did you travel to in 2016?
I don't think I left California this year, which is unusual.

18. What date from 2016 will remain etched upon your memory, and why?
I wouldn't be able to tell you the date, but it was probably the first time I got a call from Atria telling me they had taken my mother to the hospital.  Now, sadly, it has become old hat.  :(

19. What was your biggest achievement of the year?
Nothing tremendous, but I am proud of managing to keep up with reviewing for two newspapers.  I am officially a "writer."  Whoda thunk?  I was even interviewed on the local PBS station.

20. What was your biggest failure?
I know it's not my fault and I can do nothing about it, but I always feel like I should be able to do something to help my mother feel more comfortable with her dementia, especially when she has one of her anxiety attacks.

21. Did you suffer illness or injury?
Nope.  Clumsy though I may be, I have avoided injury and other than my normal cough, which usually plagues me from September to January, no illness.

22. What was the best thing you bought?
Definitely the new iPhone 7!!

23. Whose behavior merited celebration?
Ned wins top honors, for all the hours and days and weeks he spent building me a new office. I will be forever grateful.

24. Whose behavior made you appalled and depressed?
Good lord, could there be any other answer to this:  Donald Trump.

25. Where did most of your money go?
The bulk of my "discretionary spending" goes to the kids I sponsor through Compassion, International.
Posted by Bev Sykes at 7:57 AM