I am guilty of premeditated shopping. When I knew that I would be going out and passing just a stone's throw from Michael's Craft Store, it was a crime already committed. Haul me off to jail right now, officer. I won't even put up a fight--if I can only bring my Michael's bag along with me.

I actually convinced myself that I had a legitimate reason for going in. This is the weekend, so time to write to the two soldier Amandas. But it's also 4th of July weekend so I used flag-themed paper, a blue envelope with red and white stripes on it, a Statue of Liberty return address label, and a Bill Mauldin stamp. 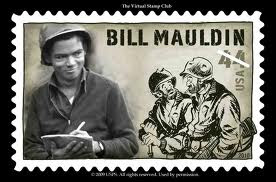 I convinced myself that it would be really groovy to add a flag sticker too, and maybe some stars. But I didn't have any of those things and surely I could find them at Michael's.

I damn near didn't, actually. Nearly $50 worth of stuff later (stickers, labels, stuff from the $1 bin--note cards, rubber stamps, ink, etc.) I still hadn't found flag themed stuff, but then as I was making one last pass down the center aisle, there it was--flags, soldier stuff, stars, glitter, paper, etc. I only bought the flags, but felt that my trip was now justified -- and surely I'll use all the rest, right?

When I got out of the store, there was a police officer standing in front of the car in front of me in the parking lot -- actually in front of me and one over -- peeking through the window. She didn't seem to be leaving, but just kept peeking in the window on either side, and circling the car. It's a very hot day, so I assumed that maybe there was a critter in there. Not a baby because she seemed to be looking at the floor, but maybe a dog inside, crouched on the floor, miserable in the heat.

Pretty soon two police cars showed up and equipment was hauled out of each and now four officers were peeking in the window of the car and a gathering of looky-loos had assembled. I was in the middle of a Michael Connelly audio book, so naturally I was imaging blood and body parts and all sorts of nefarious doings.

I finally became embarrassed to be part of the crowd watching the police, so I backed out of my parking slot and did a couple of circles around the parking lot (I'm such a hypocrite!) but by the time I finally left to go home, they were still peeking in the window and trying to get the car door opened.

It was probably something as simple as someone locking her keys in the car, but I'll never know...though the first police officer was looking on the passenger side.

By the time I got home, the mail had already been picked up, so I never got to use my flag stickers either, but now I'll have them for next time. And I have new toys too. :)

I only had an hour and a few minutes left of the book I was listening to (Connelly's "The Fifth Witness") and, as he always does he had sucked me in. The first third of this book I thought I had finally found a Connelly book that bored me. The hero of this one is Mickey Haller ("The Lincoln Lawyer") and it involves a murder case, where the defendant insists she's being set up.

As I wrote in my review, if anybody wants to know how to construct and present a case at trial, this is the book to follow. Painstaking explanation of what he is going after and why, and then more painstaking trial description, explaining the order of witnesses, the "acting" by both of the attorneys for the jury's benefit. But by somewhere midway through the book, he hooked me. Connelly always does that. He's great at that.

The story zigs where it should zag, you're convinced you've figured it all out and then it goes off in another direction before swinging back again. I could be more specific, but I want anybody interested in books like this to go out and buy it for yourself and enjoy the ride.
Posted by Bev Sykes at 12:02 AM

Email ThisBlogThis!Share to TwitterShare to FacebookShare to Pinterest
Labels: shopping

you sound just like me when I go to Micheals and then the hubby usually asks me what did you find with 50.00? and I will gladly show him and then he will ask what is this for ? and the convo continues like that for about five mins and then he drops it , it is too funny .