The Heck with the Creed

The post office has no "official" motto, but for decades it is generally accepted that this is it:


Neither snow nor rain nor heat nor gloom of night stays these couriers from the swift completion of their appointed rounds. 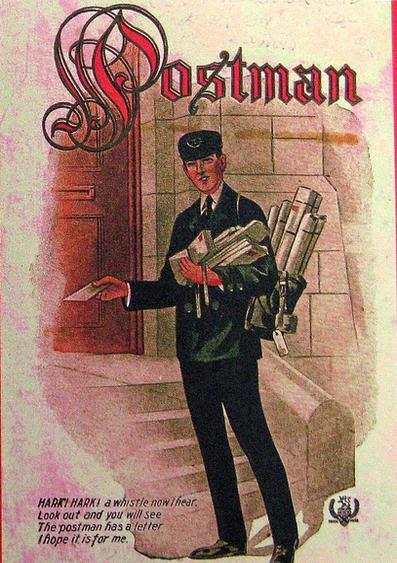 Well not so much around here lately.  We used to have wonderful mail service.  During the years when we were hosting foreign students, one of them, after returning home, sent me a letter addressed to "Mrs. Beverly, Davis, CA."  It got delivered to me.

Around that same time we had put a hold on our mail while we were on vacation and when I went in to pick it up, the clerk at the desk (all the positions were filled then) turned to the clerk to whom I was speaking and gave him my address before I could give it myself.  He had been our mailman for several years before changing to work in the post office itself.

These were the wonderful things about living in a small town.,
I suppose the first indication that things were changing was when I wrote a letter to one of the big name stores (probably Longs, where I did a lot of shopping) in the mall just a few blocks from our house.  I addressed it to "Longs, Sycamore Dr. and Covell Blvd, Davis, CA" and it was returned for a bad address.  Who knew mall shops had individual addresses?

That was when I discovered that sorting of the mail was now being done in Sacramento and since there were two Longs in town, one at each end of Covell Blvd, the Sacramento post office didn't have a clue where Sycamore Dr. was.

But once I learned that, things went on pretty much as they always had.  Our mail was delivered around 10 a.m. every day.  Then the mail started coming in the middle of the afternoon, which it has done for several years now.

Recently it was 6 p.m. and our mail had not come.  Never in our 43 years in this town have we not had a mail delivery, even if it's only junk mail.  In fact, there is a junk mailer that is delivered every single day.  The same type of mailer.  I don't really know what's in it because I throw it out without looking at it.  But on this day, we didn't even get the junk mailer.

Finally around 9 p.m the mail arrived.  The postal carrier had to use a flashlight to find the houses.
We figured it was a special circumstance, it being December and maybe the post office was overwhelmed.  But it was very late the next night and the night after that and now we regular get our mail around 6 p.m.

We belong to Next Door, an on-line group that allows members of various neighborhoods to communicate with each other.  I decided to toss out the question of whether others have been having the same postal problems that we have been.

I got a flood of responses, everything from "yes, the dirty bums, why can't they deliver our mail on time" kinds of answers to "they are overworked, be patient with them" kinds of responses.  Someone said that, right before the Christmas rush, they had laid off employees, so at the busiest time of year they were short staffed. 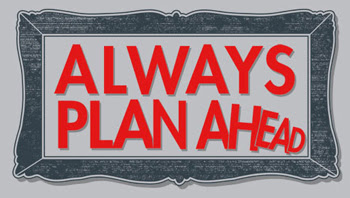 Today there is another round on Nextdoor called "Lousy Mail Service continues." with  11 neighbors comparing stories about undelivered mail, mis-delivered

Our delivery service is sporadic--and I am not referring simply to time of delivery. Our mail has been arriving at the home of our next door neighbor, we've been getting mail for neighbors on adjacent streets, etc. We have several different delivery persons. I have no idea what is going on.

Thankfully our nice neighbor on A street brought our misdelivered package over this morning. Unfortunately, since it was delivered to their house so late last night it sat in the rain overnight. This isn't the first time we have had this happen.

The best comment, though, came from a guy who decided to contact the postmaster. The guy tried mailing the letter, but it was returned for a bad address.  So he decided to hand deliver it and drove to the post office, handed it to a clerk who promised she would put it on the postmaster's desk. Two weeks later it was returned to him marked "insufficient address."  He said he thought "Davis Postmaster" would have been sufficient when he had hand delivered it to the correct address!!!

The post office is no longer fully staffed any more. You're lucky if two clerks are working and I have seen one of them go on break with the line of customers going out the door.  Nobody cares, it seems.
Very sad to see this happen to the noble institution for which my father worked for his entire career.