I said I would talk about Ned's birthday present to Brianna after she received it.  Here it is: 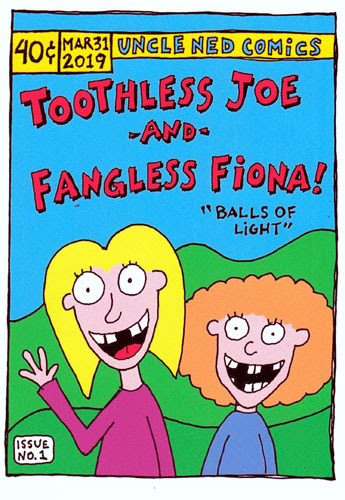 This is a 10 page comic book which tells about Toothless Joe, who gets zapped by some ball of light and develops super powers, and all the good and bad things that result from that (best is turning rocks into salt water taffy).  It ends on a cliffhanger, with promises that the questions raised will be answered next year.

It's just wonderful, so brightly colored and on heavy stock paper.  And it cost a small fortune to get it to her on her birthday (UPS wanted $250 to get it to Santa Barbara overnight.  He did NOT pay that!), but she got it in time and I'm sure sure loves it. 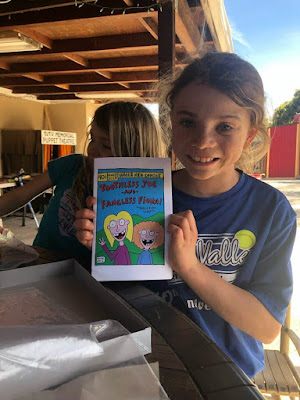 I'll tell ya, these girls are never going to feel unloved.  Ned did all this work for weeks on this book, Jeri sent a video of her entire class singing happy birthday to Brianna, we sent her a gift from Amazon and then did a Facetime chat with her.  Her birthday celebration has gone on for about four days now.  She's a lucky girl!

Today I played Holly Homemaker.  I've had a bone from a leg of lamb in the freezer, taking up entirely too much space, so I decided to make one of my favorite soups, Lamb Soup of the Middle East, and do it in the Instant Pot.  The ultimate recipe ended up part Instant Pot cookbook, part soup cookbook (from the days before Instantpots), and part me, compensating for things I didn't have and had to substitute.

But the end result was delicious.

Having done home made soup, it was time to use that dough hook I recently ordered from Amazon and try the Bobby Flay Parker House rolls I've been wanting to make for a long time.  You can tell I got up to my elbows in floury bread dough. But they were delicious...and I have lots in the freezer for later. 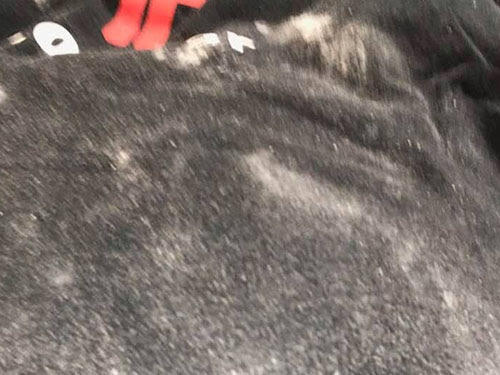 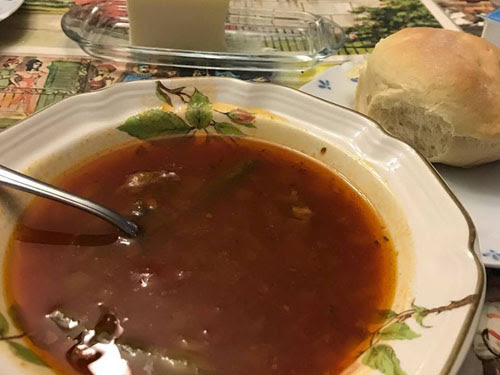 In the meantime, the TV has remained off and I have been engrossed in a book.  Ned has set up all the books from upstairs and told us move the ones we want to keep to a table and the rest he will donate somewhere.  I haven't done a lot of sorting, but I came across the book "Forever Restless," that I haven't read.

It was written by our family friend Father Joe O'Looney and my mother typed the original.  He has no publication information on the book, so I can't remember when it was published, but I would guess sometime before 1996.  Interestingly there is nothing when you do a search on Amazon, but when you do a google search, it brings up the book on Amazon.

Fr. Joe and I had a rocky relationship, but for many years at the end of his life he was my mother's best friend.  I never wanted to read the book, so have a copy, but had not read it.  However, I grudgingly admit that it's really a good book.  Perhaps somewhat because I know his family well, I know the places he discusses in San Francisco, and as a product of the Catholic school system, I can relate to his experiences there too.  He was in our lives from about 1950 to his death, at age 88 so I remember (sometimes only vaguely) a lot of what he is writing about -- and my mother is even mentioned in the book.  I am only about halfway through but I am finding it riveting.  Fortunately, he's dead and my mother doesn't remember who he is, so I don't have to admit that to anyone!
Posted by Bev Sykes at 12:00 AM

Are you okay? No posts since April 2, so I thought I'd ask.