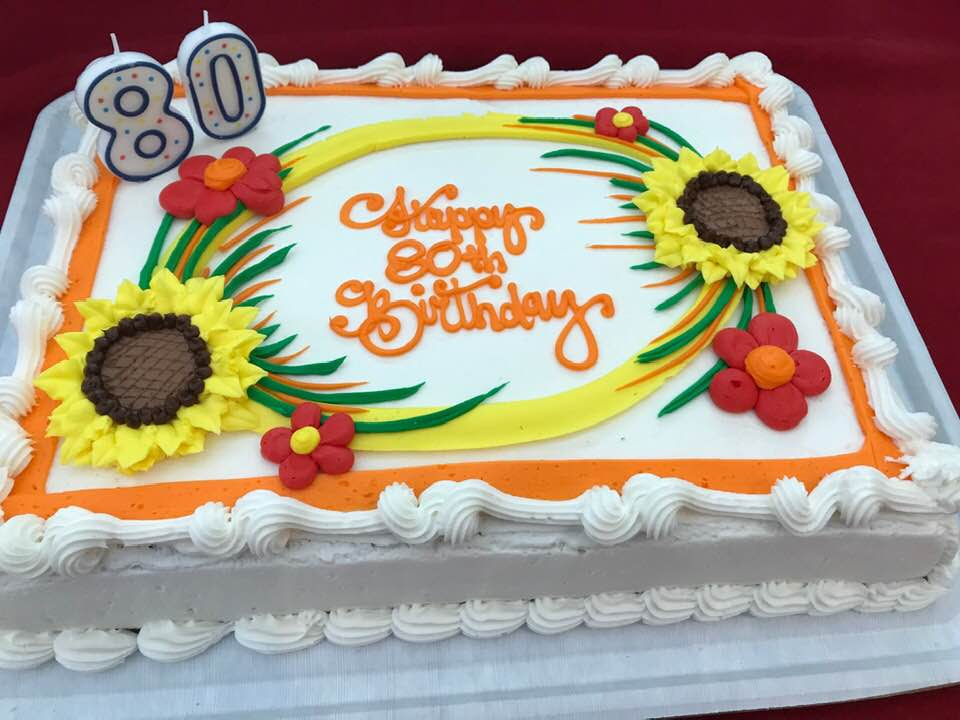 Sometime in the past few months, she was discussing with her kids  the way to celebrate this momentous occasion and the kids decided they should have a huge party and invite essentially every person she had ever met.  I don't know how many invitations they ended sending out and obviously a lot didn't come, but there was a great gathering of people from all walks of Char's life and the Pinata People were well represented.

I hadn't intended to take the group photos that we usually take at such things because of the NON-Pinata people there, but when I realized we were all there and that we are all getting so old and infirm, you never know when someone will be missing next time, so we did the Gen 1 and Gen 2 pictures.

Not all the kids, of course, but a good representation. 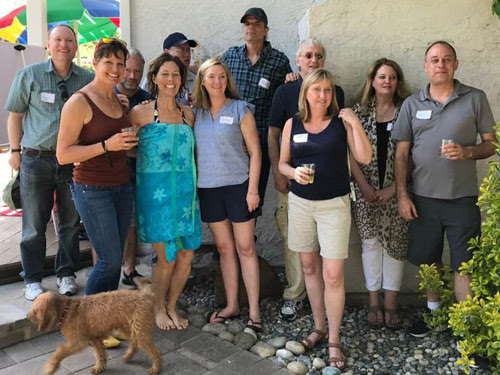 I've said this before and I'll probably say it again, but one of the things that just warms the cockles of my heart at events like this is that there are 23 kids in Gen(eration) 2.  They were all raised like a large family living near each other, going to the same schools for the first few years before we all started branching out.  They are, for all intents and purposes (other than DNA) like cousins.

Whenever we get together, whether it's been a year or two since they last saw each other, it's like they just saw each other recently.  They pick up wherever they left off and there is never any awkwardness because it's been so long since the last gathering.  I just love sitting and watching them together whenever that happens.

This may be one of my favorite pictures from the day, though. 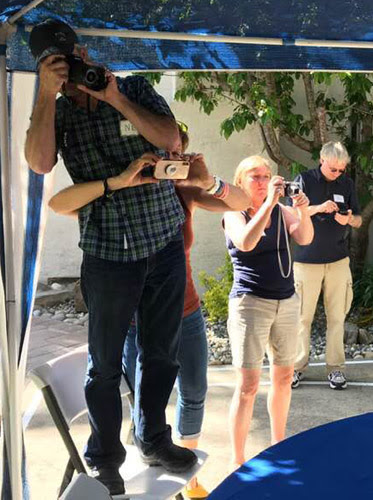 This is the Gen 2 group taking pictures of the Gen 1 group---and by the time this photo got taken, a couple of them had already left.  I love how Cathy has her arms around Ned to get her photo.

Clam dip is a traditional part of these gatherings and this time they decided to have a Clam Dip contest.  Ten of us made clam dip and votes were taken to see which was the best (mine was not...in fact the winner was a dip that had no clams in it at all). 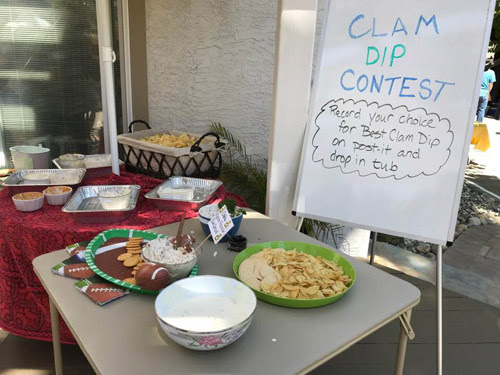 When it was time, Ned stepped up to be MC and lead everyone in singing.  (Earlier in the day, Jeri had posted on Facebook:  Dearest friend and surrogate mother, the happiest of birthdays to you. I'm sorry I won't be there to celebrate with you.) 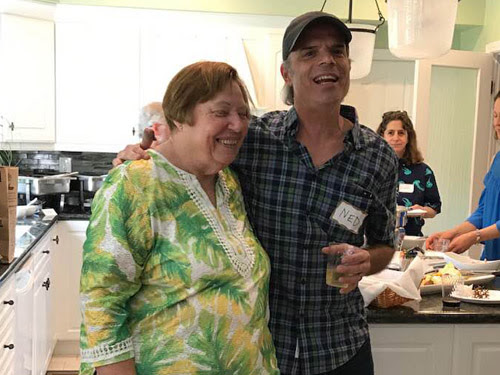 All things considered it was a wonderful party and as I looked around at the faces of all of us Gen 1 Pinata people with our various ailments and devices, I realized that at 80, Char looks the youngest of us all. 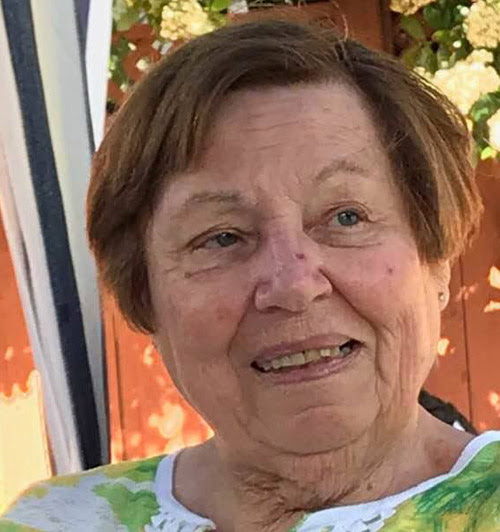 Happy birthday, my friend.
Posted by Bev Sykes at 12:00 AM