Polly was "off" the other day.  I knew she must not be feeling well because she didn't even get up when I fixed her dinner.  She just lay in her bed and if she moved at all, she moved to the second bed, one step from the one she was in.  She didn't even pee on her Polly Pad in the living room.

We were both very worried about her (Polly?  Not interested in food?) but there was nothing we could do for her but worry.  I worked in my office and she hid in her bed under my desk. 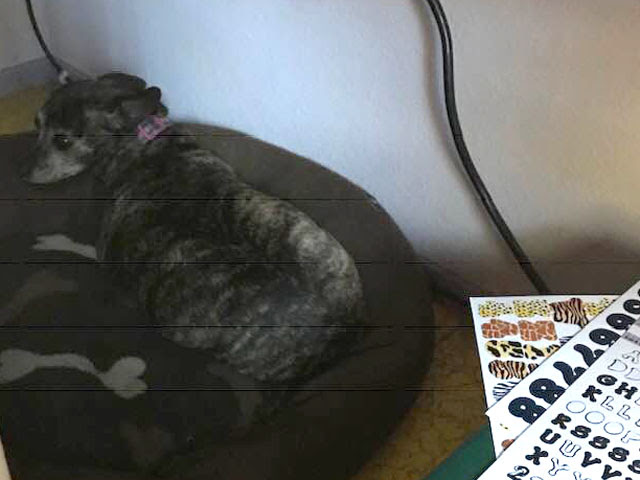 By the time I went to sleep, she still hadn't moved. Her food was still sitting in her bowl.

In the middle of the night, I got up to use the bathroom and I left the door open rather than turn on a light.  Suddenly I looked down and there was Polly, tail wagging.  When I got up I decided to show her that her dinner was waiting for her...but it turned out her bowl was empty.  The normal Polly was back.

Walt said it was a good thing that Polly didn't die because if she had, we'd be stuck with 200 Polly pads that he just bought at Costco.

Tom and family are in New York.  They have taken the girls to see Harry Potter and the Cursed Child.  I am jealous!  There have been lots of great photos.  The first came in a text from Tom.  He says "Can you tell what she is watching?" 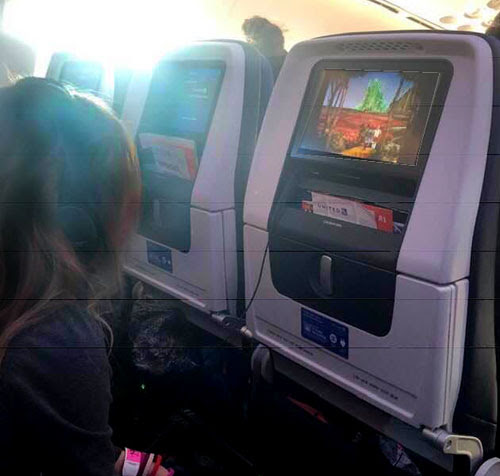 Obviousy United Airlines has a great selection of movies.  Laurel posted an even better picture on Facebook. 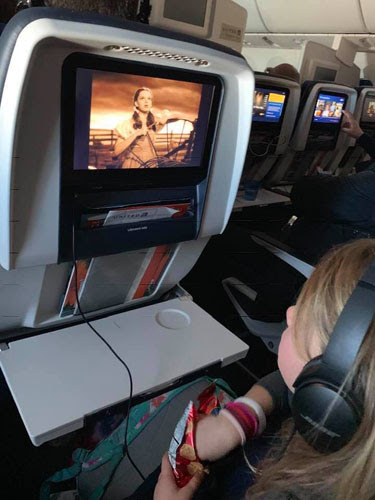 I don't know if the girls have seen the movie before, but I'm happy they seem to be enjoying it on the plane.

In New York they had their first subway ride. 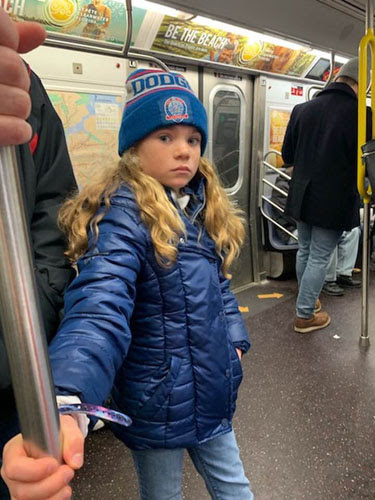 It will be fun to see what things they do and see in NewYork (and if they avoid rain and/or snow this weekend!) and to hear about the play, which is a 2-parter.  They see the first half in the morning, then take a break for lunch and go back for the second half.

Email ThisBlogThis!Share to TwitterShare to FacebookShare to Pinterest
Labels: girls in NY, Polly