I've had the weirdest experience this week.

When we returned from Santa Barbara, there was a caller id on the phone from a Robert Yates.  Now when I was first babysitting, I babysat for a Robert Yates and his sister and so I was curious about this phone call and tried calling him back, but got no answer (and no machine) so just forgot about it.
A couple of days ago, Robert Yates called again, trying to figure out why I had called him, forgetting that he had called me.  I asked him if his middle name was Elton, which it was not.  (the kid I babysat for went by "R.E." and I have since found him through Google, and apparently he is some big name poker player...I didn't try to contact him).  Since this Robert Yates couldn't remember why he had contacted me in the first place our conversation was short.

Then this afternoon, while I was on my cell phone with Ned, he called again and I let it go to voice mail.  He left this very long, very complicated message.  He "remembered" that he had contacted me before and that I had sent him a photo of myself and my husband and he rambled on and on and on and mentioned other relatives of his and thought I might be related to them.

I called him back and told him that no, I didn't know any of those people.

But then he mentioned a woman named Monica and I asked about her.  He said "Yeah...Monica Richmond" which didn't really mean anything to me until something flashed and I said "do you mean Monica SCOTT Richmond?" and he said yes.

She is his cousin, and the daughter of my mother's cousin, Chester, who has lived in Argentina most of her life.  So this Bob Yates is my cousin of sorts--I haven't figured out which level of cousin he is and he told me about the people in Argentina (gave me information I didn't give him).
I couldn't keep track of exactly where in the family he is, but I know that Chester was his grandfather and Chester was the brother of MY grandfather. 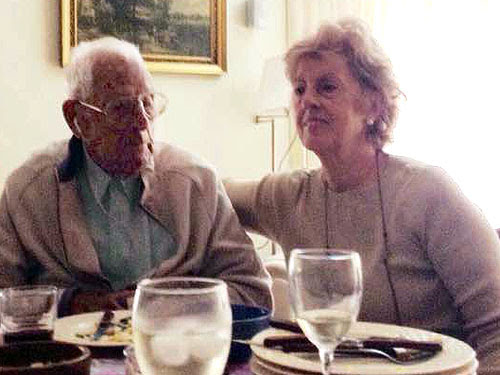 My mother never wanted to know about Chester because he was two years older than she was and she was very proud of being the oldest in the family.  So whenever I mentioned Chester, she acted as if she knew nothing about him.  Monica thought he'd make it to 100 but he died a couple of months before his 100th birthday, so if my mother keeps on going the way she is, she may outlive him and be the only person in her family to make it to 100....at least as far as we know.

Damn, I wish Peach were here!  Peach was the first person to "find" Monica and she would find all of this fascinating.

So I had this long conversation with my new cousin Bob and found out that there is Alzheimers in his family, but I don't know if it's in my blood line or not.  And I have his e-mail address.  And I have written to Monica to ask her to send me her email so I can tell her about my experience today.

I still don't know where R.E. Yates is, but how odd that he was the person who led me to finding this long lost relative!

Today Walt and I met Jeri and Phil for lunch.  This would be the other Jeri and Phil, our daughter Jeri's godmother and her husband Phil.  They spend their year driving around the country in their RV and visiting friends and relatives and this is their time to be here in this area.  Jeri and I realized we have been friends for 57 years and it seems like each time we meet, we are a little bit more feeble than we were the last time!  Last time she had a cane and I did not.  Now I have a cane and she has a walker.

But we had a wonderful lunch and a nice visit and they will be down in the Bay Area next week and will catch up with Char at that time.  Nothing better than getting together with "old" friends! 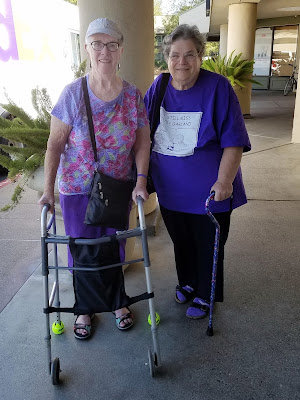