With all these people dying, it is inevitable that the next step is we will be going to funerals and/or memorial services.

Today we said goodbye to the Lamplighters' Arthur Sullivan, who died January 17, at age 95.  Ironic that a guy named "Arthur Sullivan" would become involved in a Gilbert & Sullivan company.  We knew Arthur for about 40 years and at his memorial service today, I realized we had barely scratched the surface.  We hardly knew him at all. 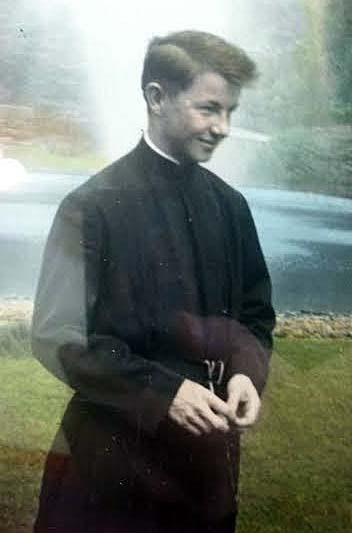 I knew that Arthur had been in the seminary, but today that part of his story was filled out a bit.  He entered the Jesuit seminary right out of high school in Boston, but because of his linguistic expertise (he spoke 7 languages, including Latin and Greek) he was drafted out of the seminary and into the Army, where he was sent to Japan to be a translator.

Japanese was a language he did not know and so he learned that as his 8th language.  At some point later, he also learned Tagalog, they learned when his last caregiver, from the Philippines, met him for the first time and was surprised that he spoke to her in her own language.

He was sent to the South Pacific with General MacArthur to decipher code and help with the reconstruction of Japan from 1945-47.

As his partner of more than 25 years said today, Arthur was a man noted for Service, Humility and Love.  He didn't talk about his accomplishments, so none of us knew of his background.  Jim pointed out how the love that Arthur had for everyone, and vice versa was shown in the number of people from a host of groups, from extended family to fraternal organizations, to Lamplighters were there today.  Sadly, there were two performances of the current Lamplighters show today, so only 3 people other than the "usual suspects" were able to make it (10 people in all).

Arthur came to the Lamplighters in 1962 and participated in a number of ways for 40 years.  When we were writing the first Lamplighters history, he was described by then General Manager Spencer Beman as "the greatest single figure in the technical history of the Lamplighters."  He started out on lighting, soon took over other technical responsibilities and eventually became production manager. He even appeared on stage a few times, but as he admitted he "couldn't carry a tune in a bucket," his roles were limited to non-singing ones, primarily the Solicitor in Patience and a waiter in The Merry Widow. 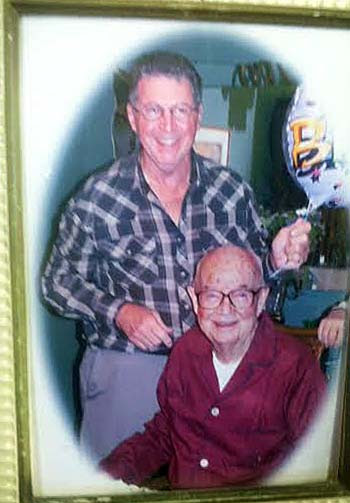 I loved it that the priest, who led the memorial service (including the rosary--I'd forgotten how long and boring the rosary is!) referred to Jim as Arthur's "Special Friend."

That their relationship was accepted so casually by this older priest says a lot for at least this particular part of the Catholic church.

Jim and Arthur first got together because of opera, which they both loved.  They began going to performances together after Jim's parther died and eventually they made it permanent.  They have spent the past many years on Jim's ranch in the hills overlooking San Jose, where he owns 40 acres and where they raised grapes and other crops, and alpacas (or were they llamas?  I can't remember) and had some cattle, I think.  Jim threw wonderful parties to celebrate Arthur's birthdays over the years.  We feel blessed to have been part of that group that gathered often to visit with Arthur and his beloved dogs Lolli and Cooper.

The obituary ended perfectly.  "Arthur was a quiet man who had a gentile way, a way that caught you in his golden spell.  And when he gave us his heart so many years ago, he gave it lovingly and willingly.  We love you, Arthur.  A finer man never lived." 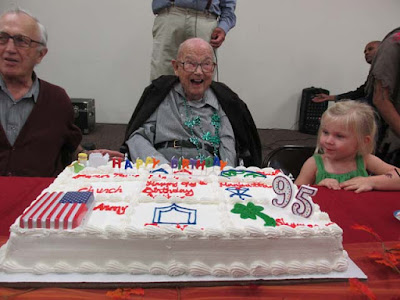