One of the prompts for Holidailies today is "Tell us about a memorable holiday meal."  We've had many memorable holiday meals over the years, but some of the best came during the 10 year period when we hosted people from other countries, some students, some older people.  There were 70 of them from 14 different countries.

I remember the year when we had a girl from Japan, a guy from Venezuela and a guy from Congo who were here for Christmas and I got the brilliant idea that each of the foreigners should make something from his or her country to contribute to the dinner.

Chieko, from Japan, decided she wanted to make tempura, which I love.  I took her to the store to buy ingredients and when we got home, she admitted she had never cooked before and didn't have the slightest idea how to cook tempura.  I ended up making it and teaching her how to do it!

We had big crowds around our table in those years.  We have a relatively small house and our biggest year we had a sit-down dinner for 24 people, which involved moving furniture out of the family room and borrowing chairs from the local community center (conveniently, our kids worked there and would just pop down and pick up whatever we needed and return when dinner was finished).  The tables, put end to end stretched from one end of the room to the other.

I don't remember how many foreigners we had with us that year.  Vince, from Malaysia, lived with us for 3 years while finished high school and Marie, from Mexico, was finishing up her senior year in high school.  Marie's sister Sandra was visiting for Christmas.  It was the first time she had met any of us and she spoke very limited English

It was the year Jeri was working for a theatrical supply place in San Francisco and she bought her brother David a break-away bottle for Christmas.

Our kids, in those days, made movies of just about anything.  Naturally with a break-away bottle an intricate plot was quickly planned.  It involved lots of chase scenes and the kids spent most of the day filming the various scenes.

The final scene was to take place at the dinner table.  The final chase scene would be into the eating area, and climbing over the chairs, with David threatening Paul.  Walt was told he was to shout "Hey, you kids...cut it out," where upon David would pick up the break-away bottle, which looked like a bottle of wine and which was sitting on the table and hit Paul over the head with it.

It went very well and everybody was kind of watching, while still eating, nobody really very upset because this was so common in our house that they were used to it.

But when David grabbed the bottle and hit Paul, Sandra, who was NOT used to it and who didn't speak enough English to know that it was all just an act, just about had a heart attack.  We had to calm her down while Marie explained what was going on.  When she finally realized she thought it was funny, but for awhile there we scared the dickens out of her.

Vince is now an American citizen and a big mucky muck with his own company.  He has a big house here in Davis and a wonderful family, which includes a set of twins. 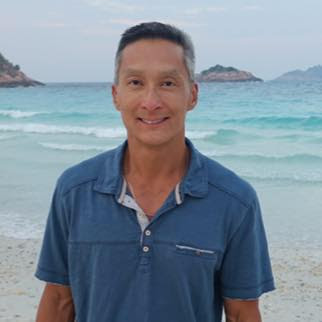 Marie is married and she and her husband own a restaurant, Todo un Poco in nearby Elk Grove.  She has been Citizen of the Year in the town where they live and her restaurant has been on "best of..." lists for the Sacramento area. She was recently featured with a full page photo and 3 page article in the local business magazine. 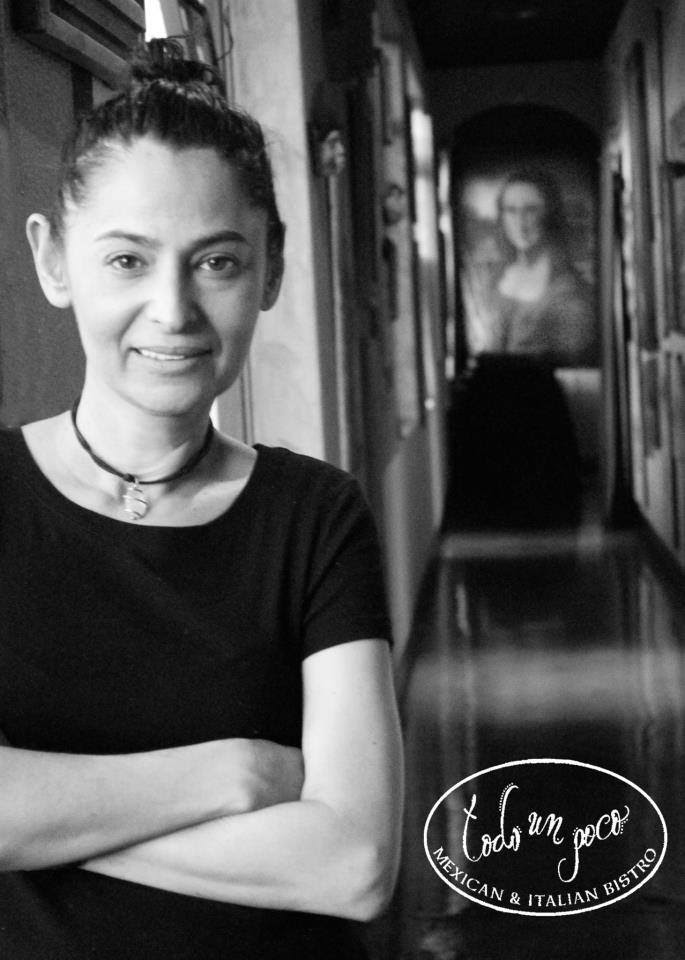 Sandra has a son and works in the restaurant with Marie.  Fortunately she has recovered from the shock of seeing the Sykes family in a little too much action!

I have to admit that contemplating our subdued Christmas this year, I miss those crazy days and "Mom's annual Christmas Crisis" before the guests arrived.
Posted by Bev Sykes at 1:49 AM

I *love* your tales of Christmas Dinners past at Chez Sykes, when all the kids (including half of South America or wherever) would liven the place up with all kinds of hijinks.

But I *especially* love stories of your annual "Christmas Crisis", whatever it was.

I'll let you know how our Slovak Christmas Eve goes, with my first attempt to deep-fat fry fish without poisoning my in-laws. Merry Christmas to you and Walt, Bev. And to the rest of your far-flung family, biological or otherwise!