Lacie was having a tantrum.  We had been to lunch and then we were going to walk over to Logos so I could show everyone the store and Lacie could look at the kids' books because books are what she loves best.  But she did not want to walk.  And sat down, insisting that someone carry her. 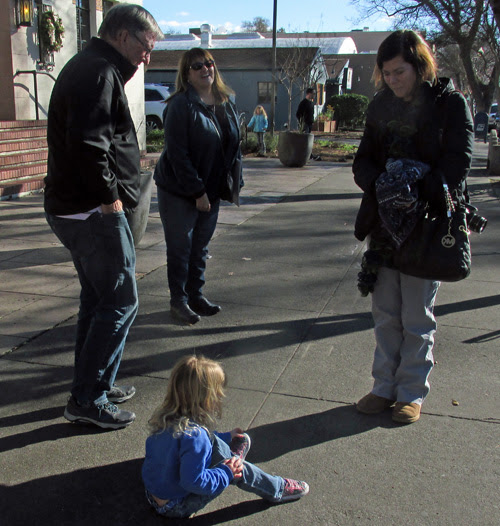 But she was cajoled into walking the two more blocks, with the promise of books at the end (though ultimately Auntie O broke down and did carry her).  But I had made a big mistake.  Logos is closed on Mondays and I forgot that.  When we got to the store and saw the sign, Lacie broke down. 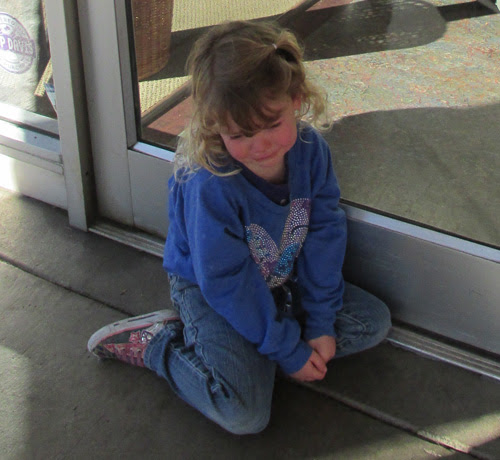 (I do think it's kind of neat that a 4 year old could be this upset at not being able to get to books, though!  Obviously my granddaughter.)

We cheered her up again with the promise of frozen yogurt and that went pretty well.  Norm sat at the "kids table." 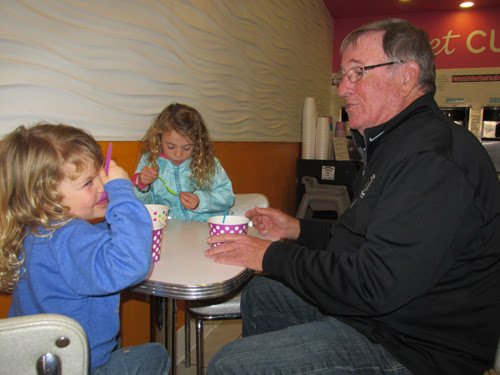 Later Lacie sat with Auntie Olivia and watched promos for Star Wars, which is apparently the kids' latest passion. 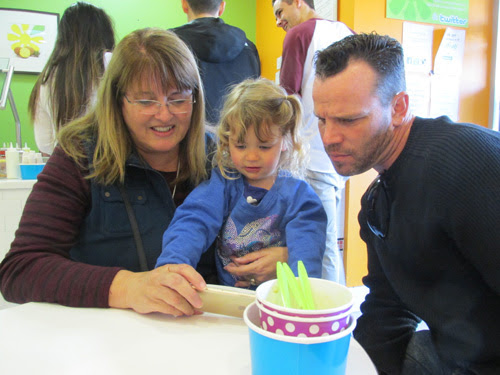 At the same time, Brianna was engaged in her own conversation with Uncle Norm, listening to him talking about Star Wars. 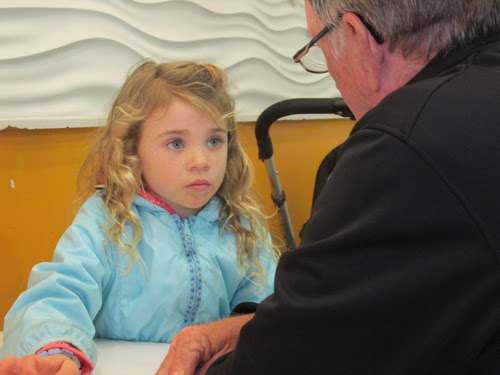 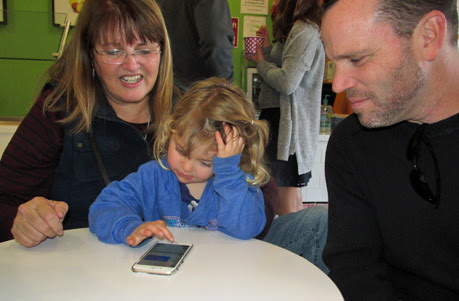 (Of course, since she can't spell, she just sent gibberish).

When we finally vacated the yogurt place (we were the only people in there and took up almost every table!), we took Tom et al over to Davis' famous Toad Hollow, the toad town that the postmaster's father built next to the post office when the city spent $15,000 to dig a tunnel under a new overpass so any toads that might want to cross the road wouldn't get squashed by the cars. (To the best of my knowledge, no toads have ever been seen near  the tunnel!) 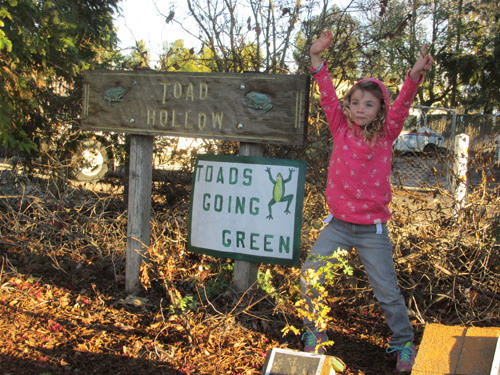 I've been wanting to show Toad Hollow to the girls for a long time (the "going green" refers to the faux solar panels that were added to the buildings awhile back.) 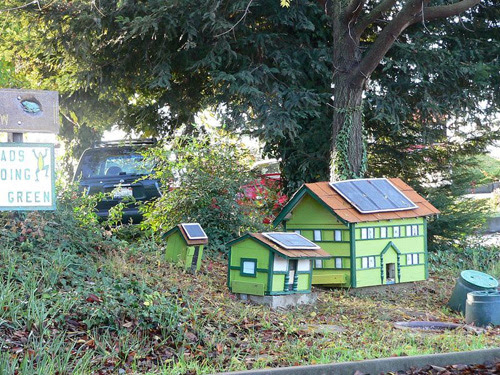 We finally said goodbye to the family, who were heading back to Sacramento, and then leaving for Santa Barbara tomorrow (stopping en route to see Star Wars!).  It's been a fun couple of days and so nice to see the girls, though I do understand why you have children when you are young!

I had to add this brilliant window display at the Avid Reader. 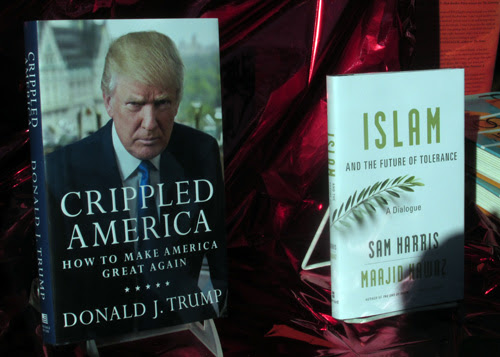 I want to give a special award to the person who thought this up!
Posted by Bev Sykes at 9:47 AM

Email ThisBlogThis!Share to TwitterShare to FacebookShare to Pinterest
Labels: Lunch with the kids

LOVE the window! Add my congrats to the display person.