What was you first movie-going experience without your parents?
There was a movie theater four blocks from our house and we went every Saturday, but I don't remember which was the first one that I went without my parents.

Do you still buy DVDs or Blu Rays (or do you just stream them)?
No, I don't buy DVDs any more.  It's Netflix or Amazon or nothing.

What is your guilty pleasure movie? What about it works for you?
A lot really, but let's go with Legally Blonde which is a relatively dumb movie, but for some reason I just really like it.  I guess it's because Reese Witherspoon is so good.  Or maybe it's the Chihuahua.

You have compiled a list of your top 10 movies. Which movies do you like, but would not make the list?
Legally Blonde, Toy Story (all 3), any of the Christopher Guest movies (Waiting for Guffman, Best in Show, A Mighty Wind), and Notting Hill, for starters.

Which movie(s) do you compulsively watch over and over again? What makes it so great?
If I like a movie, I'll watch it over and over.  A Star Is Born (1954, with Judy Garland) tops the ist.  I've probably seen it more than 100 times--before they showed movies on TV!  But others that I have watched many times include An Affair to Remember, Dave, North by Northwest (and any Hitchcock)....and too many others.

Classic(s) you’re embarrassed to admit you haven’t seen yet?
I did a google search on classics and was pleased to see that I've seen most of them.  Only 3 that I have not -- The Shining, A Touch of Evil and Citizen Kane (yes, really!)

Do you have any movie posters hanging on your wall? If yes, which ones and why?
No movie poster but I do have lifesize figures of the Scarecrow Tin Man and Cowardly Lion in the living room--it was the decoration for my 70th birthday party.

Tell us about a movie that you are passionate about.
There are dozens of movies that I like a lot, but I can't think of any that I would say I was "passionate" about.

What is a movie you vow to never watch? Why?
The Matrix.  I tried and couldn't understand it at all.  Any movie with too much fighting.  I want a story

Tell us about a movie that literally left you speechless.
Gaijin, a Brasilian film, beautifully filmed, but MUST be seen captioned, not voice over, or you miss the whole point of the movie.

What’s a movie that you always recommend?
Well, I recommended Affair to Remember, one of my all time favorites for a long time until a friend decided to rent it and watch it with me (after seeing Sleepless in Seattle, which talks about it a lot).  She made fun of it about halfway through and then fell asleep.  I don't recommend movies any more. They are too special to me.

Who is an actor you always watch, no matter how crappy the movie?
Robin Williams, Cary Grant (though I don't think he ever made a crappy movie), Spencer Tracy

Who is an actor you don’t get the appeal for? Why don’t you like them?
In the past 20 or so years, all the actors, male and female seem to look the same and while I don't NOT like them, I can't tell one from another and don't go out of my way to watch them. 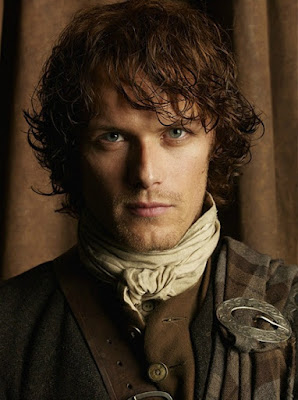 You are casting a movie, pick four or five actors you’d hire to be in it and why we’d love them together.
Christopher Guest, Eugene Levy, Catherine O'Hara, Fred Willard -- these are part of Christopher Guest's group who have made several movies together.  I love each of their movies!

Which are your favorite actor pairings of all time?
Tracy and Hepburn, Paul Newman and Robert Redford, Tom Hanks and Meg Ryan, Buzz Lightyear and Woody the Cowboy.

Have you ever watched movies from a decade that was before you were born? If so, which decade is your favorite?
I was born in 1943 and so there's really only one decade from which to choose and I have seen many films from the 30s, like Wizard of Oz and Gone with the Wind.

If you were to be in a movie would you rather play the hero, villain or anti-hero? Why?.
Oh the anti-hero is much more fun.