Ned was here this morning for a long visit, so it was after noon before I had a chance to sit down and write this.
I was craving cookies yesterday.  When we had lunch at Atria with my mother, we had ice cream and Snickerdoodles for dessert and the cookies tasted so good.  I can't remember the last time I had Snickerdoodles, which may be my favorite cookie. 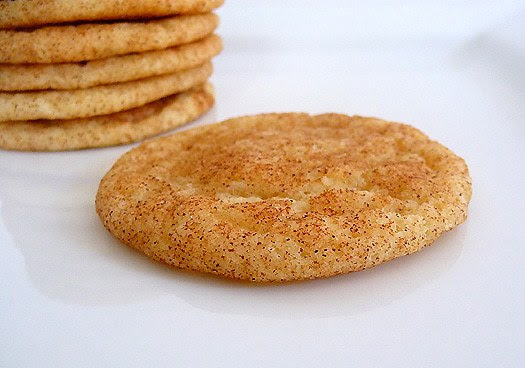 I decided to make cookies, but then realized that Walt, who is disciplined and doesn't really have a sweet tooth, would eat two or three over two days and I would eat the rest, which isn't good for me, so I restrained myself.

But the craving got me to thinking about cookbooks.  I once had a huge collection of cookbooks, maybe a couple hundred.  They took up two book cases.  When I realized I almost never used cookbooks any more, I gave most of them away, keeping only 4 shelves which include my indispensible but rarely used Women's Day Encyclopedia of Cookery, most of my Sunset magazine cookbooks, a bread cookbook and a soup cookbook, both of which have a couple of my favorite recipes (which I haven't made in years), a peanut cookbook, a beer cookbook, and a book called "What Cooks in Suburbia," which my roommate and I used religiously when we lived together.  There is also a book of wartime cooking, written in WWII, which takes rationing into account in creating recipes.

There are a number of cookbooks made either by organizations to which I belonged, or put together by me, including a banana cookbook I made for my roommate when we realized how many times we used bananas (banana meatloaf really isn't bad!)

At one time I had a wonderful, big, fat illustrated cookbook of cookie recipes and am sorry that I no longer have it, though I undoubtedly wouldn't use it if I did.  When I was making cookies for Christmas time at my office in the Physics Department I used that a LOT and made a lot of different kinds of cookies.

The cookbook I don't have and wish I did is my mother's old cookbook.  Unlike me, she only had one cookbook and put those special recipes she liked to cook that weren't printed in the book loose in that book.  Also, unlike me, she has no sentimental attachment to anything and so when she decided she would probably never cook again, she just threw the book away without asking me if I wanted it. Some of my favorite recipes (like my father's potato salad) were probably in that book, now lost forever.

But then she's a Virgo and I'm an Aquarius and there could not be more opposite personalities and we both represent the stereotypical attributes of our sign.  I can't throw away anything and have sentimental attachment to just about everything.  She is neat and tidy, can't stand mess, and sees nothing of sentimental value in anything.

When I went off to college, everything in my bedroom at home was tossed -- the decorative dolls that hung on the walls throughout my childhood, my diary and a bunch of other things.  It never occurred to her to ask me if I still wanted them  If I moved to a dorm and didn't take them with me, obviously I didn't want them any more.
(On the other hand, I think I still have lots of stuff that belonged to Paul or David which mean nothing to me, other than that they belonged to them, and they have been gone ~20 years.)

Your anecdote about your mother getting rid of things when you left for college really resounded with me. My mother decided I no longer needed my beloved set of Nancy Drew mysteries. She just threw them away. I never forgave her for that. I am retired now and still wish I had those books on my bookshelf.